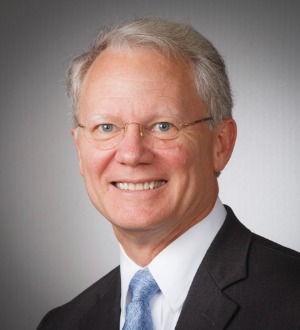 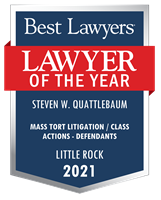 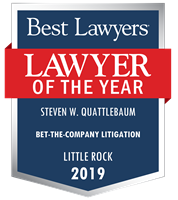 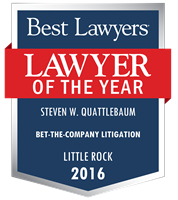 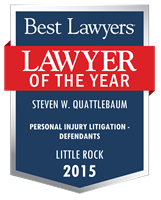 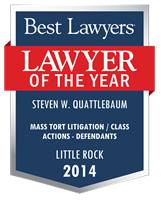 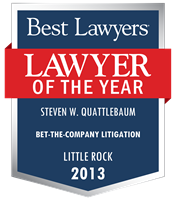 Mr. Quattlebaum is a Fellow of the International Academy of Trial Lawyers and the American College of Trial Lawyers and was recently selected as a member of the Lawdragon 500 Leading Lawyers in America for the eighth time. He has been named one of the leading business litigation lawyers in Arkansas by Chambers USA’s Guide to America’s Leading Lawyers for Business since 2003 and Super Lawyers since 2006. Mr. Quattlebaum has been listed in The Best Lawyers in America® since 2001 and is currently recognized in the areas of Bet-the-Company Litigation, Commercial Litigation, Insurance Law, Mass Tort Litigation/Class Actions – Defendants, Personal Injury Litigation – Defendants, Product Liability Litigation – Defendants, and was named Best Lawyers’ Little Rock Mass Tort Litigation/Class Actions – Defendants Lawyer of the Year (2014 and 2021), Little Rock Personal Injury – Defendants Lawyer of the Year (2015), and Little Rock Bet-the-Company Litigation Lawyer of the Year (2013, 2016, and 2019). He is also recognized as a Local Litigation Star for Arkansas in Benchmark Litigation, named one of the Top 50 Super Lawyers in Arkansas by Super Lawyers, and listed by Who’s Who Legal in the areas of Environmental, Commercial Litigation, and Products Liability Defense. He is rated AV Preeminent® by Martindale-Hubbell.

Some of the cases in which Mr. Quattlebaum has been involved in recent years include:

Lead trial counsel in defense of a poultry manufacturer against claims that an additive to poultry feed contained arsenic which caused childhood leukemia.

Lead trial and appellate counsel in defense of Uniroyal Chemical Ltd. in the Superfund litigation brought by the United States to recover the costs resulting from remediation of the Vertac Chemical Company site. This litigation has been ongoing since 1980 and has involved several trials and appeals.

The representation of individuals and corporations in a wide variety of business litigation matters, including cases involving allegations of fraud, breach of contract, deceptive trade practices, franchise act violations, and intentional torts, such as malicious prosecution and abuse of process.

The defense of numerous cases in which class action status has been sought in consumer actions, mass tort actions, business claims, and securities litigation.

Lead trial counsel in defense of claims of asbestos exposure from various consumer and industrial products.

Lead trial counsel in defense of manufacturers of welding consumables in numerous actions involving claims of neurological injury from exposure to welding fumes.

The defense of a major herbicide manufacturer in an action involving claims of personal injury and crop damage resulting from allegedly excessive drift propensity of a herbicide.

The defense of automobile manufacturers in actions involving claims of defective airbags and seatbelts and other matters.

The defense of pharmaceutical and medical device manufacturers, distributors, and retailers in actions involving the efficacy of certain drugs, such as hormone replacement therapy drugs, pain medication, herbal supplements, asthma therapy drugs, and diet drugs, and devices such as back screws, breast implants, latex gloves, and artificial joints.

The defense of numerous consumer and industrial equipment manufacturers and suppliers in cases involving traumatic injuries.

The defense of a national cellular service provider in a patent infringement claim regarding cellular transmission technology.

The defense of an international manufacturer of electronics in a patent infringement claim regarding video technology.

The defense of a manufacturer of cutting and shaving devices in a patent infringement claim regarding edge development technology.

The representation of individuals who have sustained personal injury or business damages, with several verdicts and settlements exceeding $1 million.

Trial counsel for an individual and his business in an action against an international insurance company resulting in a verdict for fraud and breach of contract in excess of $33 million.

The representation, with Mr. Tull of the firm, of an individual and his business in a lender liability action resulting in a verdict in excess of $10 million.

Lead trial counsel for a family in a breach of fiduciary duty, breach of contract, and fraud action resulting in a verdict of $1,344,000.