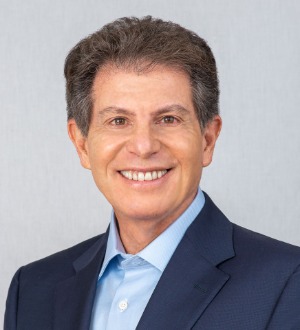 Steven Weinberg of Holmes Weinberg PC – an IP, entertainment, technology, media and branding law firm – consistently is recognized as one of the leading lawyers in his fields of practice. Admitted to practice in New York, California and Arizona, Steven’s practice today consists of counseling, transactions and litigation in branding and trademarks, online and social media, online and mobile technology, entertainment, advertising and marketing, copyright, rights of publicity, and licensing.  With his partner Henry Holmes (who is best known for bringing the grill to George Foreman) Steven also represents celebrities and personalities in branding and marketing deals, including endorsements, brand licensing, and film and television projects, as well as traditional IP enforcement and protection, and, with others at Holmes Weinberg, represents leading directors, screen writers and producers in film and television projects.

Over the past 30 years, Steven has first chaired many trademark and copyright litigations, and has won two landmark trademark cases, and regularly files and litigates dozens of opposition and cancellation proceeedings. Today, in addition to his legal practice, Steven is general counsel and business advisor to Know Use Corp., a highly sought-after social media/integrated marketing company.

Steven co-authored the Architectural Works Amendment of the Copyright Act (representing the Frank Lloyd Wright Foundation in hearings) and created and chaired the Practicing Law Institute’s Advanced Licensing Seminar.  He was the first author of the TTAB Section of INTA’s Annual Review of Trademarks, was Editor in Chief of The Trademark Reporter, served on the Board of the INTA, was Editor of the Journal of the Copyright Society of the USA, was a member of INTA’s first Panel of Neutrals, and for 8 years was an Adjunct Professor of Law at Brooklyn Law School, where he taught trademarks and unfair competition and guest lectured at other law schools.  Most recently he created, chaired and spoke at INTA’s Branding and Social Media Conference.