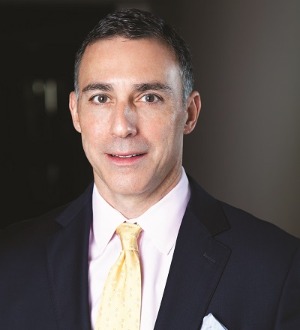 STEVEN M. KUSHNER is a trial lawyer with an emphasis in business disputes, business torts and intellectual property. Mr. Kushner entered the Emory University School of Law, where he received his J.D. in 1992. Mr. Kushner began trying cases with the DeKalb County Solicitor’s office prosecuting misdemeanors in 1991 as a third year law student.Since graduation, Mr. Kushner has been representing multi-national and domestic companies, as well as individuals, in commercial disputes through mediation, arbitration and trials in state and federal courts throughout Georgia and the U.S.

In the Business/Commercial area, Mr. Kushner represents and advises both local and national clients in resolving contract disputes and business torts, including actions to enforce, and actions seeking relief from, restrictive covenants, the protection of trade secrets, shareholder disputes and commercial landlord and tenant matters. Mr. Kushner also represents creditors in bankruptcy matters, including adversary proceedings.

In the Intellectual Property area, Mr. Kushner assists his clients in protecting their copyrights and trademarks, and prosecuting and defending against infringement. Mr. Kushner has also represented plaintiffs in national Multi-District Litigation in product liability cases and defended claims against doctors, nurses and healthcare providers in 1983 cases brought by or on behalf of inmates in state and county correctional facilities.

Mr. Kushner lives in Virginia-Highland with his wife and daughters. Mr. Kushner served on the Board of Directors of the Virginia-Highland Civic Association from 1999 through 2003 and as its President from 2001 through 2003. Mr. Kushner is also active in The Temple and serves on several committees. Mr. Kushner’s other interests include endurance sports, including triathlon, Tough Mudder, GoRuck Challenge, and adventure races, functional fitness, basketball, martial arts, golf and tennis.