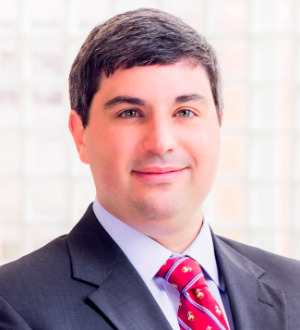 Navigate to map location for Steven D. Corriveau Visit the website for Steven D. Corriveau at https://www.martinandjones.com/attorneys/steven-d-corriveau/
Your comment has been submitted!
We have encountered an error and are unable to process your comment at this time. Please refresh the page and try again later.
Add Comment
In making your comments, please do not refer to a pending legal matter.
Share My Profile
Post on Social

Steven started his legal career with the office of the North Carolina Attorney General, where he worked primarily defending the state of North Carolina in workers’ compensation cases, before deciding to join Martin & Jones out of a desire to help real people who have been injured or harmed. Steven understands how difficult it is for people who are injured, out of work and concerned about providing for their families while receiving medical treatment, to get their lives back. Steven takes representing these folks to heart and works diligently and urgently to obtain the maximum recovery and benefits allowed under the law.

Steven graduated from Wake Forest University School of Law. While in law school, he was recognized for earning the highest grades in both Workers’ Compensation and Sales, which included review of North Carolina’s product liability law. Steven has been recognized as a Best Lawyer In America 2019.

Steven also spent a semester in Washington, D.C., where he interned in the office of Congressman David Price. Steven is a Raleigh native, and attended Millbrook High School. Outside of the office, he enjoys basketball, cooking, and watching the Demon Deacons.