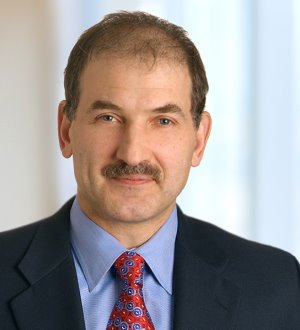 Navigate to map location for Steven C. "Steve" Sunshine Visit the website for Steven C. "Steve" Sunshine at https://www.skadden.com/professionals/s/sunshine-steven-c
Your comment has been submitted!
We have encountered an error and are unable to process your comment at this time. Please refresh the page and try again later.
Add Comment
In making your comments, please do not refer to a pending legal matter.
Share My Profile
Post on Social

Steven C. Sunshine is the leader of Skadden’s Global Antitrust and Competition Group. He represents clients in connection with antitrust aspects of litigation, mergers and acquisitions, counseling and grand jury investigations.

Mr. Sunshine is recognized as one of the leading antitrust practitioners in the market. He was listed in Best of the Best USA 2013 as one of the top competition lawyers in the United States and in Lawdragon 500 Leading Lawyers in America. He repeatedly is selected for inclusion in Chambers Global: The World’s Leading Lawyers for Business,Chambers USA: America’s Leading Lawyers for Business, Who’s Who Legal and The Best Lawyers in America. Mr. Sunshine recently was named one of Law360’s MVPs in the competition category, “Litigator of the Week” by The Am Law Litigation Daily and a finalist two of the last three years in Global Competition Review’s "Antitrust Lawyer of the Year." The 2012 Financial Times report on U.S. "Innovative Lawyers" recognized his work on Sprint v. AT&T as one of the "Standout" litigation matters of the year.

Mr. Sunshine was formerly deputy assistant attorney general in charge of merger enforcement at the U.S. Department of Justice, Antitrust Division. While there, he supervised interventions in more than 35 proposed transactions, including those in the telecommunications, computer, consumer products, mining and industrial sectors.

Mr. Sunshine’s litigation experience includes successfully representing Sprint in its antitrust challenge to AT&T’s acquisition of T-Mobile; defending Actavis Pharmaceuticals in suits brought by the FTC and private plaintiffs relating to “reverse payment” IP settlements for Androgel; defeating a challenge by private plaintiffs to Anheuser-Busch’s acquisition of Modelo; representing Medicis and Valeant in a multi-district litigation relating to patent settlements for Solodyn; representing Southwest Airlines in securing a dismissal of an antitrust lawsuit challenging its acquisition of AirTran; defending De Beers in connection with national class actions involving gem diamonds; representing Energy Transfer Partners in the successful defense of an antitrust class action in the Texas natural gas market; defending a pharmaceutical company CEO in a challenge to an FTC investigation; and defending Hankyu Hanshin Express Ltd. in an alleged price fixing conspiracy in freight forwarding.

Mr. Sunshine also represents clients in connection with grand jury investigations into allegations of price fixing or other cartel conduct. He has resolved key matters for companies such as De Beers, Hankyu Hanshin and SGL Carbon, and successfully represented many clients in several investigations that closed without indictment or plea. He also represented Globe Telecom in successfully quashing a grand jury subpoena, ending a Department of Justice criminal investigation.

"Steve Sunshine has represented my companies in complicated antitrust matters for the past five years. He is methodical, well-versed, and skilled in US competition law and the process procedures relating to the federal agencies."