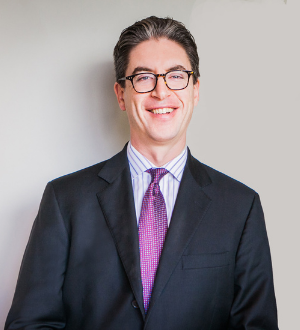 Stephen is a member of the firm's litigation and labour groups, and is the co-chair of the civil group with responsibility over employment law, civil litigation, and class actions. He is bilingual and provides client service in both French and English. His practice focuses primarily on employment law, civil litigation, class actions, administrative law, and in assisting numerous unions, employees, and administrative agencies with litigation before courts, arbitrators, and numerous tribunals and agencies. Stephen's knowledge of employment law is extensive, and he uses this to benefit employees in all industries and sectors, including the financial services, health, technology, and entertainment sectors, as well as those employed in the public service. Stephen acts for many professionals, including chiropractors, Crown counsel, nurses, lawyers, and police officers, both in civil litigation and regulatory matters. In addition to extensive appearances before arbitrators, mediators, and other tribunals, he has appeared in all level of courts in Ontario, Manitoba, and Nova Scotia, the Saskatchewan Court of Appeal, the Federal Court, the Federal Court of Appeal, and the Supreme Court of Canada.

Recently, Stephen has engaged in extensive and successful class action work, with notable victories. He conducts pro bono litigation involving employment insurance benefits and is now recognized as a leader in this field, resulting in a significant and novel class action alleging negligent administration of the EI sickness benefits regime for claimants on parental leave. In recognition of this expertise, Stephen testified in 2012 before a Parliamentary and Senate committee considering major reforms to the EI special benefits regime. Stephen volunteers his time for Multiple Births Canada as a member of its Advisory Board, as an advisor on employment insurance.

Stephen was born and raised in Winnipeg and is proud of his Manitoba roots. He is a Citizen of the Manitoba Metis Federation.  He obtained an LL.B. at the University of Manitoba, which awarded him the University Gold Medal. While a student, he worked for Legal Aid and was an Associate Editor of the Manitoba Law Journal. He articled with the firm of Taylor McCaffrey in Winnipeg and, after completing his articles, Stephen clerked at the Supreme Court of Canada for Madam Justices L'Heureux-Dubé and Deschamps, working in both official languages. He was subsequently employed as Legal Counsel at the Law Branch of the Supreme Court, where he advised the Justices of the Court on leave to appeal applications. The following year, Stephen won a SSHRC Graduate Fellowship to study public law, human rights, and the Charter through the pursuit of a thesis-based LLM at the University of Toronto.

Stephen has a deep interest in developing and protecting rights in the workplace, and in working to ensure greater access to justice. His aim is to serve his clients by developing practical, creative legal strategies that make use of his knowledge of a variety of areas of law. Stephen is a member of the Canadian and Ontario Bar Associations, the Canadian Association of Labour Lawyers, the Advocates Society, and the Association des juristes d'expression française de l'Ontario.