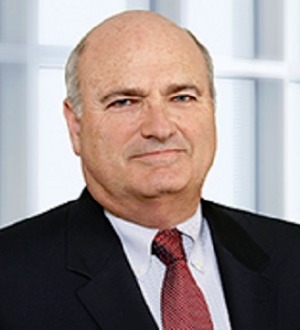 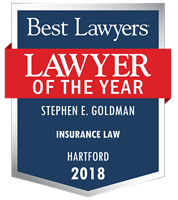 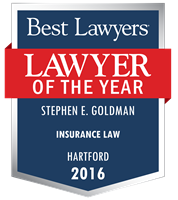 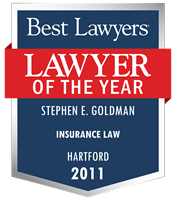 Steve Goldman is the managing partner of the firm and a nationally recognized trial lawyer with over 35 years of experience litigating and trying a diverse range of cases throughout the United States. During that time, Mr. Goldman has served as counsel for insurers in many of the country's most significant property insurance and class action cases, including The Standard Fire Insurance Company v. Knowles (Supreme Court of United States holding that plaintiff's stipulation cannot defeat federal jurisdiction under Class Action Fairness Act); Travco v. Ward (Virginia Supreme Court upheld trial court's judgment that property insurance policies do not cover losses caused by presence of Chinese drywall); Sher v. Lafayette Insurance Company (upholding the flood exclusion in Louisiana following Hurricane Katrina); Landry v. Louisiana Citizens Insurance Company (holding Louisiana's Valued Policy Law inapplicable to certain Katrina-related claims); and Streamline Capital v. Hartford Insurance (refusing to adopt the time necessary to rebuild the World Trade Center as the "period of restoration" for WTC tenants). As an advocate and advisor for international and domestic insurance carriers and insurance industry organizations, he has handled numerous high-impact cases arising from catastrophes such as Superstorm Sandy, Hurricanes Katrina and Andrew, the terrorist attacks of 9/11, and the anthrax scare in 2001. Mr. Goldman has appeared as counsel in trial and appellate courts in 28 states and has aggressively litigated and, in many instances, tried high-exposure cases throughout the Northeast and in jurisdictions as diverse as Arkansas, Florida, Kentucky, Louisiana, Texas, Kansas, Oklahoma, and Iowa. He also has significant experience litigating class actions, especially those based on insurance coverage issues and insurer market conduct.

Mr. Goldman is a prolific speaker on insurance coverage, litigation, and ethics matters and has published numerous papers on these subjects.

74 The Best Lawyers in America® awards

23 Best Lawyers: Ones to Watch in America awards