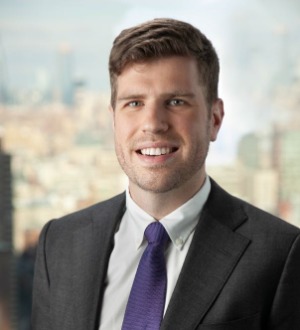 In addition to his tax-related work, Mr. Josey also represents clients engaged in commercial disputes. His representative matters include defending the chairman of a company against claims of breach of contract and breach of fiduciary duties that were brought by the company’s executive leadership; defending an accounting firm accused of fraud; and defending a company in an arbitration concerning a contractual dispute with a health benefits vendor.

Prior to joining Kostelanetz & Fink, Mr. Josey served for nearly five years as a trial attorney at the United States Department of Justice, first in the Tax Division (2013-2016), where he was hired through the Attorney General’s Honors Program, and later in the Civil Division (2016-2018). In 2016, Mr. Josey received an Outstanding Attorney Award from the Tax Division for his work defending the United States in a tax refund suit involving excise taxes on tobacco products.

Mr. Josey received his B.A. with High Distinction from the University of Michigan and his J.D. from Vanderbilt University Law School, where he served as a managing editor of the Vanderbilt Journal of Entertainment and Technology. Following law school, Mr. Josey served as a law clerk to the Hon. J. Daniel Breen of the United States District Court for the Western District of Tennessee.