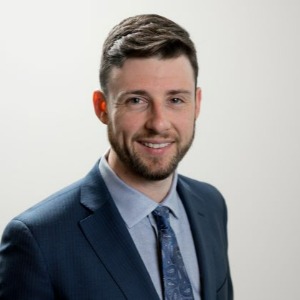 Navigate to map location for Spencer Owen Visit the website for Spencer Owen at https://www.owe.com/attorneys/spencer-owen/
Your comment has been submitted!
We have encountered an error and are unable to process your comment at this time. Please refresh the page and try again later.
Add Comment
In making your comments, please do not refer to a pending legal matter.
Share My Profile
Post on Social

Mr. Owen earned his law degree from the University of Oregon in 2017, where he was awarded a certificate of specialization in Intellectual Property, served as president of the student intellectual property interest group and the Moot Court Board, and worked as a teaching assistant for first-year Constitutional Law.

When not working, Mr. Owen can be found rock climbing, hiking, or baking sourdough bread.