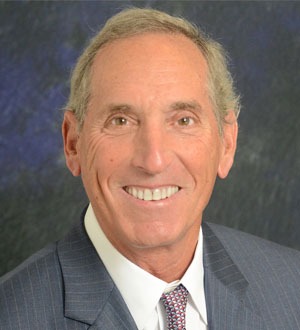 Sherman M. Spitz is one of the most experienced trial attorneys in California, having tried more than 90 cases to jury verdict. A particular focus of his practice is substituting into cases at the eleventh hour and getting excellent results in the courtroom. Sherman is rated A.V., the highest rating, by Martindale Hubbell.

Sherman is well-versed in all aspects of litigation at the pretrial, trial, and appellate levels in federal and state courts, as well as in arbitrations and mediations.

Sherman has extensive experience in defending insurance carriers in litigated, as well as non-litigated, matters.

Over the years, he has developed a niche specialty in protecting the insurance carriers’ interests in arson and/or fraud claims, including defending the carriers in bad faith litigation, pursuing declaratory relief actions and conducting examinations under oath.

In select cases that have not presented a conflict of interest, Sherman has also represented insureds against insurance carriers. He has lectured on numerous topics related to claims investigation and good faith claims handling.

From 1979 to 1981, Sherman served as a Deputy District Attorney in the Los Angeles County District Attorney’s Office, where he conducted scores of jury trials and hundreds of preliminary hearings. Sherman is one of two founding partners of Berger Kahn’s Orange County Office, which was opened in 1984.