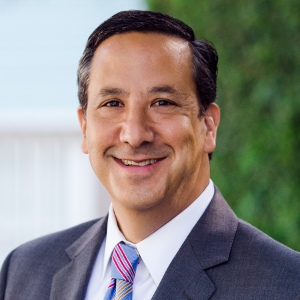 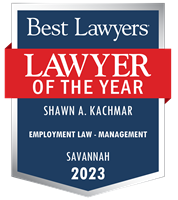 From Chambers USA: “Shawn Kachmar stands out for both his in-depth knowledge of labor and employment law and excellent client service skills. As one interviewee comments: ‘Your problems always seem to be his priority – no matter how small you are, you always feel like you are his most important customer.’”

Shawn Kachmar is a partner at HunterMaclean and practices in the areas of employment law, employee benefits, and business litigation. Shawn counsels employers on a variety of employment law compliance issues and has defended employers in administrative proceedings, mediations, arbitrations, individual suits, and class and collective actions arising under various federal and state laws, including Title VII, the Family and Medical Leave Act, the Americans with Disabilities Act, the Age Discrimination in Employment Act, the Employee Retirement Income Security Act (ERISA), and the Fair Labor Standards Act. Shawn also advises employers on employment agreements, executive compensation and ERISA matters, alternative dispute resolution, and restrictive covenants. He is a frequent speaker at employment law and human resources seminars. He is also a registered arbitrator. In addition to his employment practice, Shawn handles a wide variety of business litigation matters.

Shawn received his B.S., with high distinction, in Public Policy from Pennsylvania State University in 1994 and his J.D., with distinction, from the Emory University School of Law in 1997. During law school, Shawn was a notes and comments editor for the Emory Law Journal and clerked for the Honorable Hugh P. Thompson, Associate Justice, Georgia Supreme Court. Following law school, Shawn clerked for the Honorable Ira DeMent, U.S. District Court, Middle District of Alabama.

Shawn is active in the community. He is an elected member of the Savannah-Chatham County Public School Board and serves on the boards of several organizations, many devoted to education. He is also an instructor for Georgia Southern University’s LAW program.

Shawn is a graduate of the Leadership Savannah class of 2006, and has been named a Georgia Rising Star in Employment Litigation by Law & Politics and Atlanta Magazine and one of Savannah’s “40 Under 40” by the Savannah Business Report & Journal. He was also recently named a “Community Star” for his volunteer work.

"Shawn is excellent in his field."

"Shawn is one of the most organized, thorough, and knowledgeable attorneys I have worked with."

"Shawn Kachmar is direct, informed, bright, and an excellent advocate. He is extremely helpful and supportive to our company, our industry, and our community."