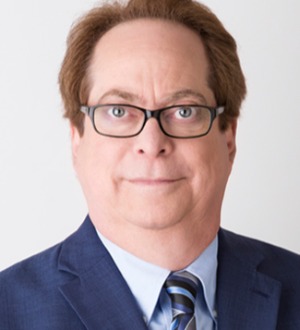 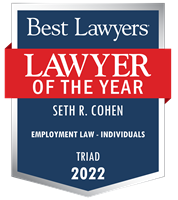 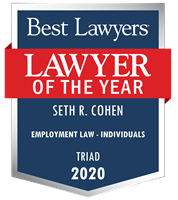 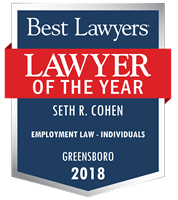 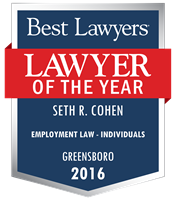 Seth Cohen has spent his legal career fighting against discrimination and advocating for people whose civil rights and civil liberties have been violated or infringed.

The veteran labor and employment, civil rights and civil liberties attorney is Of Counsel at the Deuterman Law Group.

In this senior role, he represents clients in their labor and employment claims. He works closely with the rest of the DLG team to ensure that our workers’ compensation, Social Security Disability, VA Disability and personal injury clients receive the justice they deserve.

Before joining DLG, Cohen was a partner for 25 years with Smith, James, Rowlett & Cohen in Greensboro. He continues to serve as general counsel of the ACLU of North Carolina and as an adjunct professor at the Wake Forest University School of Law.

Cohen has considerable experience in civil litigation, civil rights and labor and employment law. He has also worked as a criminal defense attorney in both state and federal courts.

Cohen graduated in 1991 from the UNC School of Law with highest honors. He was a member of the law school’s chapter of the Order of the Coif, an honor society.

Cohen is a member of North Carolina Advocates for Justice (NCAJ) and the North Carolina Bar Association (NCBA). He has been recognized by Super Lawyers, Business North Carolina’s Legal Elite, and Best Lawyers in Americaã in Labor and Employment Law.

He lives in Elon with his wife, Stephanie Bourland, and their daughter.