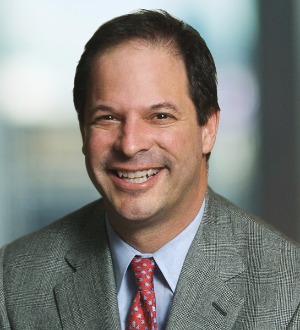 Navigate to map location for Seth E. Jacobson Visit the website for Seth E. Jacobson at https://www.skadden.com/professionals/j/jacobson-seth-e
Your comment has been submitted!
We have encountered an error and are unable to process your comment at this time. Please refresh the page and try again later.
Add Comment
In making your comments, please do not refer to a pending legal matter.
Share My Profile
Post on Social

Seth Jacobson is the leader of the banking practice in the Chicago office. He represents lenders and borrowers in connection with various types of sophisticated financing transactions in a wide variety of industries. Typical transactions include asset-based loans, leveraged term loans, other secured financings, leasing arrangements and complex intercreditor arrangements.

Mr. Jacobson has extensive experience advising both borrowers and lenders in connection with secured credit facilities and intercreditor agreements.

Significant transactions include representation of:

In addition to traditional financing arrangements, Mr. Jacobson has extensive experience in aircraft finance transactions and other leasing transactions. Mr. Jacobson represented ArcLight Capital Partners, LLC in its $1 billion leveraged lease financing of geothermal power facilities. In addition, he represented US Airways in connection with various aircraft financing programs including lease and mortgage financings of more than 85 new Airbus aircraft between 1998 and 2001, and the restructuring of lease and mortgage financing arrangements for more than 200 aircraft during US Airways’ first Chapter 11 proceeding. Mr. Jacobson’s representation of US Airways also included, among other things, structuring, documenting and closing in excess of $2 billion in enhanced equipment trust certificates in both public offerings and private placements, and the negotiation and documentation of its $1.6 billion senior secured credit facility.

Mr. Jacobson repeatedly has been listed in Chambers USA: America’s Leading Lawyers for Business, The Best Lawyers in America, IFLR1000 and the International Who’s Who of Banking Lawyers.