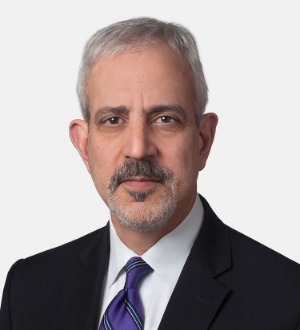 Navigate to map location for Sergio E. Acosta Visit the website for Sergio E. Acosta at https://www.akerman.com/en/people/sergio-acosta.html
Your comment has been submitted!
We have encountered an error and are unable to process your comment at this time. Please refresh the page and try again later.
Add Comment
In making your comments, please do not refer to a pending legal matter.
Share My Profile
Post on Social

Sergio Acosta is Co-Chair of Akerman’s White Collar Crime and Government Investigations Practice. A former federal prosecutor and Fellow of the American College of Trial Lawyers with over 70 jury trials to his credit, he has extensive experience defending companies and individuals in criminal and regulatory proceedings, conducting internal investigations, and counseling clients on compliance programs and related issues.

A fluent Spanish speaker, Sergio has served as lead counsel in corporate internal investigations and represented individual corporate executives in Latin America. He also counsels and represents companies involved in the gaming industry in Illinois and elsewhere.

From 1999-2001, Sergio served as Administrator of the Illinois Gaming Board, the agency responsible for regulating all aspects of the Illinois casino gambling industry. Sergio started his career as an Assistant State Attorney in Miami – Dade County, Florida, where he held several supervisory positions under then-State’s Attorney Janet Reno.

212 The Best Lawyers in America® awards