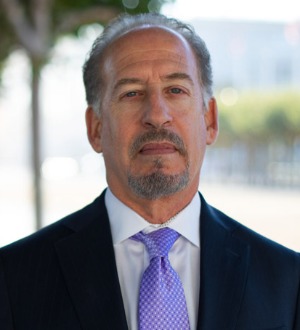 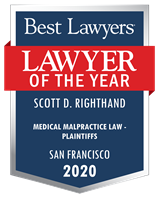 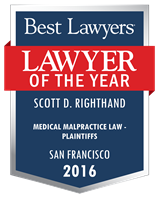 Scott Righthand is the principal of the Law Office of Scott Righthand, a San Francisco personal injury law firm exclusively representing plaintiffs. He did his undergraduate work at University of Colorado, Boulder and graduated from UC Hastings in San Francisco in 1979 becoming a member of the California Bar in that year.

In 1992 Mr. Righthand founded the Law Office of Scott Righthand, P.C., which proudly continues to only represent accident victims in serious or catastrophic accidents. Mr. Righthand and his team litigate injury cases of nearly every type, including products liability cases. He has litigated and tried products cases, accident cases, malpractice cases and catastrophic injury cases of all types in most jurisdictions throughout the state. He was selected for inclusion in the list of Northern California Super Lawyers® for 2007-2017. He was named as a Fellow of the Litigation Counsel of America in 2009 and has been chosen for the distinguished group of The Best Lawyers in America for 2009-2018. He has been included in the Martindale Hubbell Bar Register of Preeminent Lawyers for more than 25 years. Most recently he was inducted into the prestigious American Board of Trial Advocates (ABOTA).

The following summarize his list of achievements including appellate cases.

Nominee for Street Fighter of the Year Award - Consumer Attorneys of California, 2009

Listed in the Bar Association Register of Preeminent Lawyers, 1982-2017

Member, Forum Committee on the Entertainment and Sports Industries, 1979-1989

The American Association for Justice 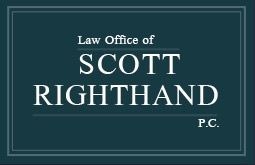