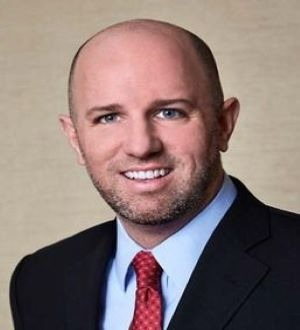 Navigate to map location for Scott D. Danaher Visit the website for Scott D. Danaher at https://www.snydersarno.com/attorneys/scott-danaher
Your comment has been submitted!
We have encountered an error and are unable to process your comment at this time. Please refresh the page and try again later.
Add Comment
In making your comments, please do not refer to a pending legal matter.
Share My Profile
Post on Social

Scott D. Danaher joined Snyder Sarno D'Aniello Maceri & da Costa LLC, as an associate in October 2009 and became a partner in January 2013. Scott has concentrated his entire legal career on divorce and other family law-related matters. Scott was previously an associate with Weinstein Snyder Lindemann Sarno, PC from September 2005 through September 2009. Scott served as a judicial law clerk to the Honorable David J. Issenman, Superior Court of New Jersey, Chancery Division, Family Part, in Union County from 2004 to 2005.

Scott was admitted to the New Jersey Bar and the United States District Court, District of New Jersey, in 2004, and to the New York Bar in 2005. Scott is a member of the New Jersey State Bar Association, a member of the Essex County Bar Association, the Co-Chair of the Essex County Bar Association Bench-Bar Committee, and a barrister in the Barry I. Croland Inns of Court. Scott has lectured for the Volunteer Lawyers for Justice and volunteers with The Battered Women's Legal Advocacy Project to represent victims of domestic violence. Scott participated in and completed the Houston Family Law Trial Institute (n/k/a The National Family Law Trial Institute) in May 2012.