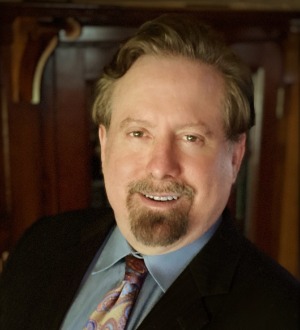 Scott Blankenship believes that no person, government, or corporate entity is beyond the reach of the law, and is committed to seeing that our court system protects and advances fundamental rights, not only for his clients, but for our nation and community.

He has built a law firm committed to enforcing justice for individual and employee rights. For more than two decades, the firm’s passionate and experienced lawyers have prevailed against the largest companies and entities in both trial and on appeal, obtaining proven results with multiple seven-figure recoveries in complex civil cases including class actions in state and federal courts. Employment Law.

Scott has been selected as a “Super Lawyer” – one of the top 5% of lawyers in Washington – each year since 2003. Other honors and awards include being named as one of the Top 100 Trial Lawyers in Washington by the National Trial Lawyers, each year since 2007, and being selected as one of "The Best Lawyers in America" each year since 2012 by Best Lawyers. Scott also received a Lifetime Achievement Award from America's Top 100 Attorneys, and has been named one of the state of Washington's Top 25 Class Action Trial Lawyers by the National Trial Lawyers. Scott was recently featured in the Washington 2019 edition of Super Lawyers magazine, naming him "The Worker's Warrior." Scott was also featured by Washington CEO Magazine as one of the top ten Employment/Labor Lawyers in Washington State, and was the featured lawyer in the employment law edition of the King County Bar Bulletin. He is “AV Preeminent” ranked by his peers, the highest rating in Martindale-Hubbell’s National Law Directory, “A” signifying preeminent knowledge of the law and “V” signifying very high ethics.*

Scott received his Bachelor of Arts degree from UCLA, graduating with the distinction of Chancellor’s Marshal. He went on to study law at Cambridge University in England, and earned his law degree from Tulane University Law School, where he served as Editor in Chief of the Tulane Environmental Law Journal. He is a frequent lecturer at legal seminars and has contributed to several legal publications. Scott also has served as a National Institute for Trial Advocacy (NITA) Instructor, teaching lawyers trial skills.

"I have received excellent representation from Scott and his firm on my case. Scott and his team excel at what they do. My case was settled very favorably, completely over my expectations. I would highly recommend him to anyone in need of representation."

"Scott's advice and guidance were very valuable. I would definitely recommend his expertise to my physician colleagues."