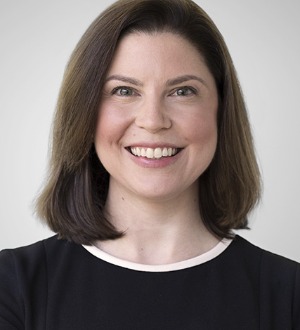 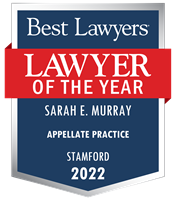 I knew that I wanted to be a lawyer from a relatively young age. My grandparents were both lawyers and met when they were on the law review together (I am proud to say that my grandmother was one of the few women in her law school class in the 1940s). Throughout my childhood and teenage years, we had family dinners every Sunday, and my grandfather, whom I idolized, would bring articles of interest for me to read during the week and discuss with him the following Sunday. He also took a keen interest in my studies, reading the papers I submitted, examining my ideas and arguments in lengthy conversations both for the enjoyment of having an intellectual discussion and for the opportunity to challenge me to defend my thesis. To me, seeing my grandfather in action, being a lawyer meant being intellectually curious, articulate, and determined to create the best argument in every circumstance. I could not imagine a better career path for a person such as myself who loved to learn, read, and write.

My path to family law began in law school, where my internships confirmed for me that applying my skills to help people solve the problems most personal to their lives was the most meaningful thing I could do as a lawyer. I worked at a not-for-profit in New York that provided free legal services to individuals seeking ex parte restraining orders, which allowed me, as a law student, to draft ex parte restraining order applications and argue them before a judge. I also interned at a not-for-profit that offered a legal clinic in a city high school so that the students could obtain legal advice on a variety of issues. It astounded me in thinking about my experiences at both internships that several hours of work on my part could have an immediate impact on a person’s life. In deciding what I wanted to do after law school, it appeared that practicing family law at a high level would combine my desire to have an intellectually challenging career while also having an impact on an individual’s circumstances. I began my legal career at a boutique family law firm in New Canaan, Connecticut, where I absorbed everything I could about complex, high net-worth dissolution matters and complicated custody cases. I discovered early on that the intersection of family law and other areas of the law, as well as the constantly evolving facts in each case, makes the practice dynamic. I knew that this was the right area of law for me.

I joined what was then Broder & Orland LLC in 2011. Achieving excellence in everything that I do is part of my DNA (I was a valedictorian nominee for my college class, I was salutatorian of my high school class, and even valedictorian of my eighth grade class!) and I have carried that commitment to excellence throughout my career as a lawyer. Whether I am trying a case at the Regional Family Trial Docket or in family court, arguing a case at the Appellate Court, or negotiating a Prenuptial or Postnuptial Agreement, I am always prepared and, as my grandfather taught me, never satisfied until I find the best argument.

Family is particularly important to me, and I understand that when our clients walk through our door, they are entrusting us with their future and their family’s future. I consider that a privilege, and my goal in every case is to make sure that my client understands the law as it applies to his or her case, is educated as to the paths available, and is a partner in decision making.

When not practicing law, my favorite activities are spending time with my husband and family, reading, attending the theater (I have seen more than sixty Broadway shows and counting), going on my annual family vacation to Montauk, and enjoying the many restaurants that our area has to offer. Sarah,

Sarah was selected for inclusion in Best Lawyers 26th and 27th Editions of The Best Lawyers in America, published in 2019 and 2020, respectively. This distinction indicates legal expertise, as well as ethics and professionalism of the highest caliber. She was selected to the Connecticut Super Lawyers List in the area of Family Law in 2019 and 2020. Each year, no more than 5% of the lawyers in the state are selected to receive this honor. Prior to that, she was selected as a New England Super Lawyers Rising Star in 2011, 2012, 2014, 2015, 2016, 2017, and 2018 in the area of Family Law. Each year, no more than 2.5% are named to the Rising Star List. Sarah’s professional achievements include being designated by the Connecticut Law Tribune as a 2015 New Leader in the Law.

Since 2011, Sarah has served as a member of the Board of Editors of the Connecticut Bar Journal, which is the Connecticut Bar Association’s scholarly law journal. From 2017 through 2020, she served in the role of Editor-in-Chief, and was the Technical Editor for several years prior to that.

In June 2018, she was elected to serve on the House of Delegates for the Connecticut Bar Association as a Representative for Westport, Weston, Wilton, and Norwalk (District 3). 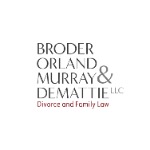