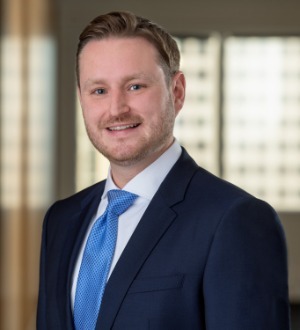 Navigate to map location for Samuel T. "Sam" Lockner Visit the website for Samuel T. "Sam" Lockner at https://www.carlsoncaspers.com/our-attorneys/samuel-t-lockner
Your comment has been submitted!
We have encountered an error and are unable to process your comment at this time. Please refresh the page and try again later.
Add Comment
In making your comments, please do not refer to a pending legal matter.
Share My Profile
Post on Social

Samuel T. Lockner enjoys a robust intellectual property and patent practice, which includes litigation, monetization, protection, trade secrets, and more. Lockner often serves as lead counsel representing companies in the biotechnology, biomedical device, bio-agricultural, and other related industrial sectors, both as plaintiffs and defendants. Many of Lockner’s cases are patent disputes under the Hatch-Waxman Act. His experience also includes Inter Partes Review (“IPR”) and matters before the Trademark Trial and Appeal Board (“TTAB”).

For the past several years, Carlson Caspers has represented one of the largest agribusinesses companies in the world, DuPont Pioneer®. Although much of the firm’s work on behalf of DuPont Pioneer® involves confidential information, one public example of its representation is in its negotiation with Monsanto Company over the genetically modified trait known as Roundup Ready 2, one of the largest patent licensing agreements ever struck.
Carlson Caspers assisted DuPont Pioneer in the complex negotiations on this matter, which resulted in DuPont Pioneer gaining broad, royalty-bearing licenses to Monsanto’s new technology, and being allowed to stack multiple traits in the same product. Both companies also agreed to dismiss all existing antitrust and patent infringement actions against each other with respect to their technology for genetically modified seeds.

Carlson Caspers represented Polymer Group in a trademark infringement action relating to the sale of non-woven wipes by Magla and its customer, The Kroger Company. Carlson Caspers obtained a favorable settlement for its client.

Carlson Caspers represented Teva Pharmaceuticals in its effort to seek FDA permission to market a generic version of Treximet® (sumatriptan and naproxen sodium) before expiration of Pozen’s patents. Our client settled its case, while other litigants that proceeded through trial were found to infringe patents that were further found not invalid.

Carlson Caspers represented Watson in a patent infringement lawsuit by Takeda in an effort to defeat Watson’s FDA application to sell a generic version of Takeda’s Rozerem® sleep-aid. The case was settled without trial on favorable terms. District of Delaware (2011).