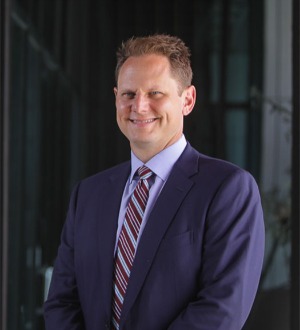 Attorney Samuel Wendt is a founding member of Wendt Law Firm P.C. and has dedicated his practice to representing injured people and their families. Sam has successfully represented countless people involved in automobile and commercial vehicle accidents, victims of medical malpractice and nursing home neglect, and wrongful death claims. He has also represented hundreds of clients injured by defective pharmaceuticals and medical devices, such as Yaz/Yasmin, Avandia, and Actos, to name a few.

Sam maintains a peer review rating of “AV Preeminent” by Martindale-Hubbell, the highest available rating. He was the youngest attorney named by the Kansas City Business Journal as “Best of the Bar” in 2008. Sam also has been selected as one of Kansas and Missouri’s “Super Lawyers” by Thomson Reuters every year since 2008 and recognized by the publication as one of the Top 50 attorneys in Kansas City and Top 100 attorneys in the States of Missouri and Kansas. In 2010, Mr. Wendt was acknowledged by Missouri Lawyers Weekly as an “Up & Coming” attorney in Missouri, and in 2011, he was selected by the National Trial Lawyers Association as one of Missouri’s Top 100 trial attorneys and “Top 40 Under 40.” In 2013, Mr. Wendt was included in the Multi-Million Dollar Advocates Forum, one of the most prestigious groups of trial lawyers in the United States where membership is reserved for those who have won multi-million dollar verdicts or settlements. In 2014, the Kansas City Metropolitan Bar Association awarded Mr. Wendt the Thomas J. Conway Award, which honors a trial lawyer who exemplifies outstanding trial skills and the ability to be a fierce advocate.