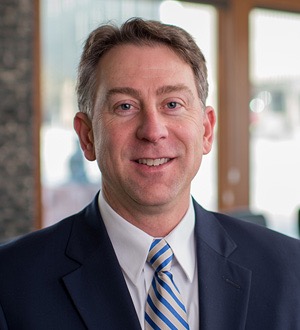 Boyce Law Firm, L.L.P.
"Mr. Sudbeck has provided medical malpractice defense expertise to our health company for more than 16 years and does an excellent job defending physicians and hospitals."

Roger was born on January 29, 1968, in Yankton, South Dakota. He graduated from Yankton High School in 1986 and then attended South Dakota State University. Roger graduated from SDSU in 1990 with a degree in economics with high honors. Following his graduation from SDSU, Roger attended law school at the University of Nebraska where he graduated in 1993 with distinction. Upon graduation from the University of Nebraska, Roger joined the Boyce Law Firm in 1993 and has practiced with the firm continuously since that time. Roger has been a partner since 1999.

Roger is married to Sara and they have four children who have been actively involved in high school and collegiate activities and athletics. Outside of the law, Roger enjoys his kids’ activities and all forms of outdoor activities including running, hiking, golf, biking, boating and hunting.

"Mr. Sudbeck has provided medical malpractice defense expertise to our health company for more than 16 years and does an excellent job defending physicians and hospitals."