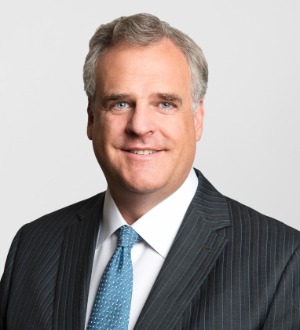 Navigate to map location for Rodney W. "Rod" Sieg Visit the website for Rodney W. "Rod" Sieg at https://harrisco.com/lawyers/rodney-sieg
Your comment has been submitted!
We have encountered an error and are unable to process your comment at this time. Please refresh the page and try again later.
Add Comment
In making your comments, please do not refer to a pending legal matter.
Share My Profile
Post on Social

Rod practices in the area of corporate and commercial litigation, administrative and constitutional law, and employment law. He has appeared before all levels of court in British Columbia, the Supreme Court of Canada, and at numerous tribunals. Rod also advises post-secondary institutions on a wide range of administrative and governance issues.

Rod’s legal positions are solidly grounded in reason and he is widely recognized as being an intelligent and tough litigator. Clients consistently praise Rod’s discretion and judgement.

Rod has worked in a variety of sectors over his 20-plus year career. This includes advising senior decision-makers in public and private corporations and large institutional clients including utility companies, universities, and colleges. After being called to the bar in 1995, he served as a law clerk at the Supreme Court of British Columbia.

22 The Best Lawyers in Canada™ awards