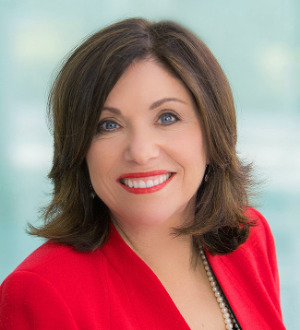 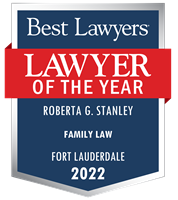 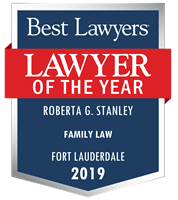 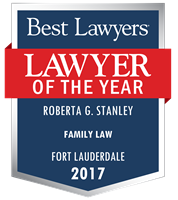 With 35 years of experience, Roberta Stanley is board certified by Florida Bar in marital and family law. She specializes in handling complex marital and family law cases for high-profile and high-net-worth individuals and business owners, including the preparation and enforcement of intricate prenuptial and postnuptial agreements, paternity and adoption issues, and dissolutions of marriage dealing with equitable distribution, business valuations, taxation issues, alimony, child support, and parental responsibility and timesharing. Additionally, Ms. Stanley regularly consults and advises on out-of-state cases involving Florida family law issues.

Ms. Stanley is a Fellow of the American College of Trial Lawyers and a Fellow of the American Academy of Matrimonial Lawyers™, where she previously served as the past President of the Florida Chapter. She is also a member of the Palm Beach County Bar Association; the Broward County Bar Association, where she previously served on the Ethics Committee; the Broward County Women Lawyers’ Association; and the Women’s Executive Club of Fort Lauderdale.

She is consistently recognized for her legal work, including her rating as an AV Preeminent® attorney, the highest ranking awarded by Martindale-Hubbell. Most recently, she was named “Lawyer of the Year” in the area of Family Law for the 2017 edition of The Best Lawyers in America©. She has also been listed as a “Florida Super Lawyer” by Super Lawyers Magazine and among The Best Lawyers in America© each consecutive year since 2006, and as a “Top Lawyer” by South Florida Legal Guide since 2007. Ms. Stanley also frequently lectures and publishes on a variety of family law subjects.

In addition to her law practice, Ms. Stanley participates in several community organizations, particularly those that serve to assist in ending homelessness. She is an avid supporter of The Lord’s Place and a past member of the board of directors for Broward Partnership for the Homeless. She is also an active parishioner of St. Gregory’s Episcopal Church in Boca Raton, which sponsors several mission programs.

Driving and Divorce: How to Measure Distance When Relocating

Relocating with children after a divorce can become a difficult issue, because of the regulations one must follow. An important thing to consider in this situation is the legal distance one can relocate, and how that distance is measured.