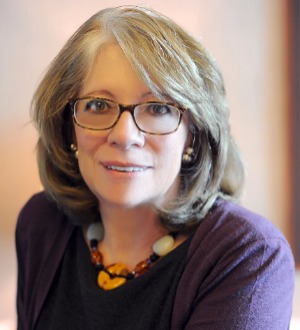 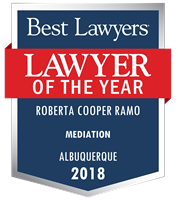 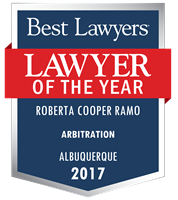 Mrs. Ramo was elected President of the American Bar Association in 1995-96, the first woman in history. Mrs. Ramo became the President of The American Law Institute in May 2008. Mrs. Ramo is a member of an ABA Commission reviewing the Rules of Professional Responsibility. The United States Senate appointed her to co-chair the committee to review the United States Olympic Committee. She serves on Panels for the American Arbitration Association, the CPR Institute for Dispute Resolution's National Panel of Distinguished Neutrals. She serves on the Board of the Santa Fe Opera and Think New Mexico. She is an honorary member of the Bar of England and Wales and Gray's Inn. She is a Fellow of both the American College of Trust and Estate Counsel She served as a Regent of the University of New Mexico from 1989-1995 and as President of the Board of Regents from 1991-1993.