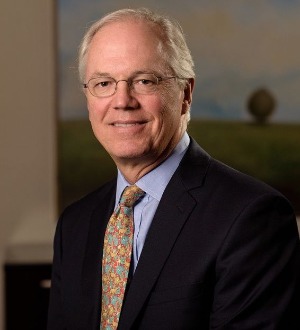 Navigate to map location for Robert P. Trout Visit the website for Robert P. Trout at https://www.schertlerlaw.com/attorneys/robert-p-trout/
Your comment has been submitted!
We have encountered an error and are unable to process your comment at this time. Please refresh the page and try again later.
Add Comment
In making your comments, please do not refer to a pending legal matter.
Share My Profile
Post on Social

Robert P. Trout has over 40 years' experience in civil and criminal litigation. His practice has concentrated primarily on complex commercial litigation and white-collar criminal defense, as well as the defense of administrative agency enforcement actions. He began his legal career at the Department of Justice, where he served for two years in the Criminal Division, followed by four years as an Assistant United States Attorney in Baltimore, Maryland. Mr. Trout served as Associate Deputy Independent Counsel in 1995-96. In 1996, he founded Trout Cacheris & Solomon PLLC, where he practiced until joining Schertler Onorato Mead & Sears in 2021.