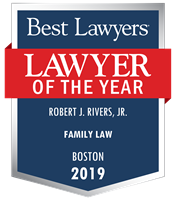 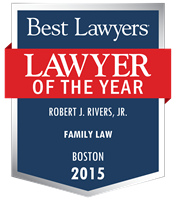 Mr. Rivers practices in all areas of family law litigation, both at the trial court and appellate levels. Mr. Rivers is a Fellow in the Massachusetts Chapters of the American College of Trial Lawyers (ACTL), the American Academy of Matrimonial Lawyers (AAML) and the International Academy of Family Lawyers (IAFL) and has been awarded the “AV” rating by Martindale-Hubbell Law Directory, which is granted to a select group of attorneys and indicates the highest possible peer rating within a particular practice area. He has also been recognized as a Massachusetts “Super Lawyer” by Boston Magazine and has been selected by his peers for inclusion in Naifeh and Smith’s The Best Lawyers in America in the area of Family Law.

Mr. Rivers has been a frequent lecturer on family law issues for Massachusetts Continuing Legal Education (MCLE) and others, involving such matters as alimony, child support, custody, property division and jurisdictional issues. Mr. Rivers has also published numerous articles on family law issues, including a comprehensive analysis of child support orders in paternity cases that was published in the November, 1999 edition of Massachusetts Family Law Journal. In addition, Mr. Rivers has lectured and written extensively on family law jurisdictional practice and procedure, including articles on such cutting-edge issues as interstate child support enforcement and modification, among them “Traps for the Unwary in Modification Proceedings involving the Uniform Interstate Family Support Act,” published in Section Review (Mass. Bar Assn.) (Summer 2000) and “Jurisdiction to Modify Foreign Child Support Orders under the Full Faith and Credit for Child Support Orders Act,” published in FairShare – The Matrimonial Law Monthly (Vol. 12, No. 2) (February 1997).