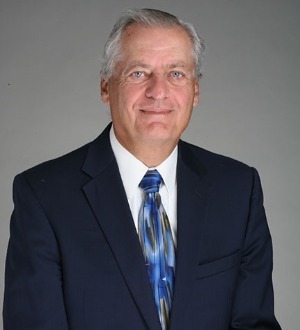 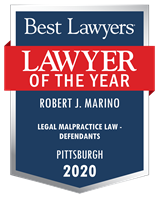 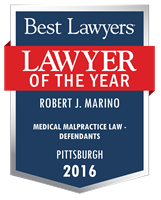 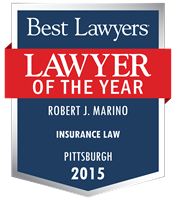 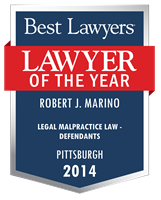 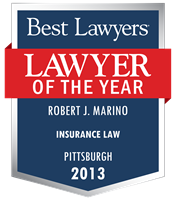 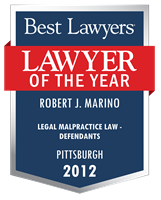 Robert J. Marino is a Shareholder/Director of Dickie, McCamey & Chilcote, P.C. He concentrates his practice in the areas of insurance bad faith/coverage litigation, professional malpractice, premises liability, legal malpractice, and product liability law. He has tried jury cases in all of these fields. He is Chairman of the firm’s Insurance Law and Litigation Practice Group and previously served as an elected member of the Executive Committee of the firm for over 12 years.

In 2008, Mr. Marino was elected and inducted into the prestigious American College of Trial Lawyers, in national recognition of his skills trying cases to juries. He has been named in The Best Lawyers in America® each year since 2006, most recently for 2012 in the fields of insurance law, legal malpractice law – defendants, medical malpractice law– defendants, personal injury litigation – defendants, product liability litigation – defendants, and professional malpractice law – defendants. Best Lawyers also named him Pittsburgh’s “Lawyer of the Year” in 2012 for Legal Malpractice Law – Defendants and again in 2013 for Insurance Law. He has been named in the 2005, 2006, 2008, 2009, 2010, 2011, and 2012 editions of Pennsylvania Super Lawyers®. Earlier, he was elected and inducted into the Academy of Trial Lawyers of Allegheny County, a group limited to 250 trial lawyers. Additionally, he maintains an AV® Preeminent™ Peer Review Rating from Martindale-Hubbell.

In 2003, Mr. Marino was elected to the Federation of Defense & Corporate Counsel (FDCC), a national organization of claims executives and civil defense lawyers. Membership in this select group is by invitation only.

Prior to joining the firm as a lawyer in 1979, Mr. Marino served as a court clerk at the firm and a research law clerk while attending law school in the evening. He finished with a class rank of 3/71 at Duquesne University School of Law, serving on the Law Review (where he had two articles published) and obtaining numerous awards for academic and clinical excellence. He worked as a news reporter for regional weekly newspapers in the Pittsburgh area prior to attending law school.

A frequent lecturer on Insurance Bad Faith, Civil Litigation, Trial Techniques and Practice, and Evidence Law, Mr. Marino has written about these subjects in various publications including the National Business Institute and Pennsylvania Bar Institute. In addition, Mr. Marino served as an Adjunct Professor of Law at Duquesne University School of Law from 1990-1995, teaching Trial Tactics, and also has served as an Adjunct Faculty Advisor to the law school’s teams in National Trial Moot Court Competitions.

43 The Best Lawyers in America® awards

22 Best Lawyers: Ones to Watch in America awards