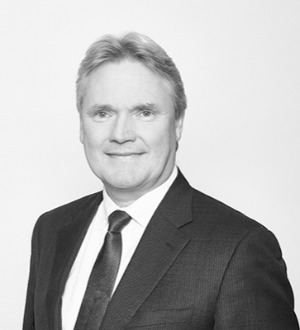 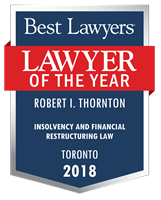 The “highly sought after” Robert Thornton is widely acknowledged as one of the foremost insolvency practitioners in Canada and is a founding partner of Thornton Grout Finnigan (TGF). Bob is recognized as a Band 1 "leading individual" in restructuring/insolvency by Chambers Global 2021, and has been lauded as "a leading light" and "pound for pound one of the top lawyers in town." Bob is named Lawyer of the Year in the 2018 edition of The Best Lawyers in Canada for Toronto insolvency and financial restructuring law. The Best of the Best 2018 listed Bob as one of the top five insolvency and restructuring lawyers in Canada, and has described him as "exceptional" and "the most innovative in the field."