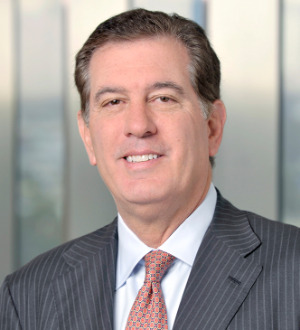 Bob has also been recognized as a “Super Lawyer” by both Los Angeles Magazine and the Los Angeles Times every year since the inception of the awards, and is an “AV” rated lawyer.

Bob has also been recognized as a “Super Lawyer” by both Los Angeles Magazine and the Los Angeles Times every year since the inception of the awards, and is an “AV” rated lawyer. 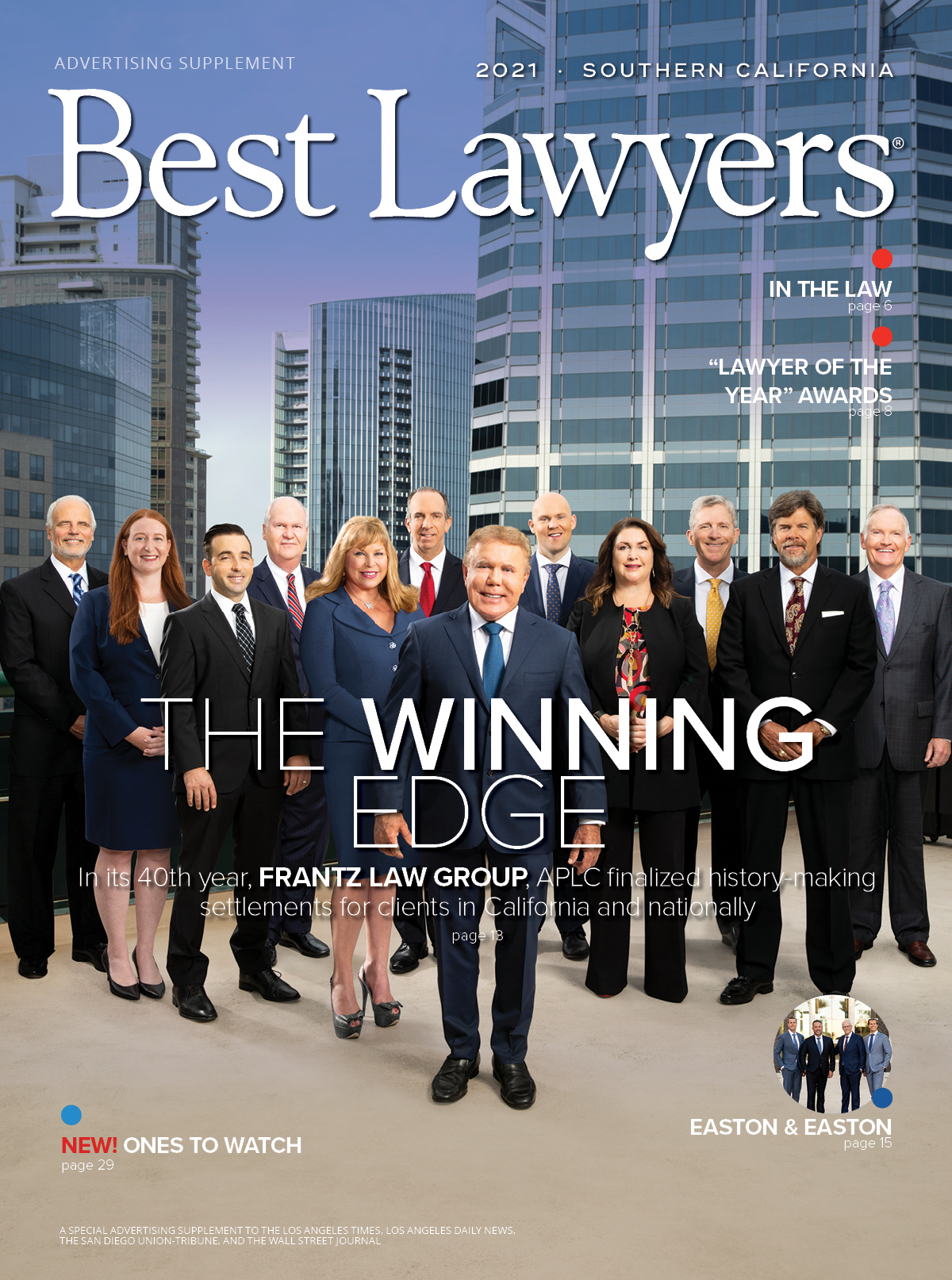 Successfully obtained a defense judgment after a highly publicized five-week jury trial. The team's former general manager alleged claims for age and race discrimination, wrongful discharge and retaliation. After just three hours of deliberation, the jury unanimously ruled in the Team's favor on all claims.

Successfully defended Rite Aid in a lawsuit alleging disability discrimination, retaliation, failure to provide a reasonable accommodation, failure to engage in the interactive process and wrongful termination. Plaintiff sought in excess of $12.6 million in damages. After a three week trial, the jury ruled in favor of Rite Aid on all causes of action.

Represented AMC Theatres at trial in a statewide class action lawsuit seeking damages under the Private Attorney General Act for failure to provide seating to AMC's box office and guest services employees. This was the first "suitable seating" case to go to trial in the state of California. After a one-week trial, the court issued a verdict in favor of AMC Theatres on all causes of action, and AMC was awarded $133,903 in costs.

Represented Plaintiff in a securities fraud case against the founders of Good News Holdings, LLC seeking damages for violations of the state securities laws, as well as for fraud, breach of fiduciary duty, breach of contract and breach of the covenant of good faith and fair dealing. After a four-week jury trial, the jury ruled in favor of Plaintiff on all causes of action, awarding $2.25 million in compensatory damages, $1.2 million in prejudgment interest and almost $500,000 in punitive damages.

Successfully represented Cappello in connection with a demand for arbitration filed against Watermill Ventures for breach of Cappello's engagement letter. Prevailed on all claims after a two-week arbitration and recovered in excess of $5 million in compensatory damages, as well as obtaining the recovery of Cappello's attorneys' fees and costs.

Successfully defended Stevco in connection with a multi-million dollar claim for a commission based on the sale of Stevco. After a five-day jury trial, the jury ruled in favor of Stevco on all claims.

Successfully defended case where Plaintiff alleged that his layoff was based on his age and disability and that during his employment he was subject to harassment. After a 4 week jury trial, the jury ruled unanimously in favor of defendant on all causes of action.

Successfully defended a claim for breach of a promissory note where Plaintiff sought in excess of $84 million in principal, regular interest and default interest. After a 3 day trial, the Court ruled in favor of Defendant on all counts and entered a judgment in favor of Defendant.

Successfully defended Beverly Hills Properties and Donald T. Sterling before a jury. The Plaintiff was a former property supervisor and alleged claims for sexual harassment, retaliation and wrongful discharge. After a nine-week trial, the jury ruled in Defendants' favor on all claims.

Prevailed on behalf of Landlord after a three-week jury trial. Jury ruled that Defendant breached an industrial lease for a truck depot. Jury awarded Plaintiff the entire remaining value of the lease.

Prevailed on behalf of Plaintiff after a six-week jury trial. Plaintiff successfully proved that Defendant had wrongfully solicited Plaintiff's employees and misappropriated Plaintiff's trade secrets. Plaintiff received a judgment in excess of $1 million.

Prevailed after a one-week trial against the Cleveland Cavaliers. Ticketmaster successfully enforced its exclusive ticketing agreement against the Cavaliers and recovered damages.

The Ninth Circuit affirmed the district court's denial of Plaintiff's Motion for Class Certification in a putative class action where Plaintiff alleged Defendant sent unsolicited text messages to class members without their prior consent in violation of the Telephone Consumer Protection Act (TCPA).

Federal Court granted defendant’s Motion for Summary Judgment defeating Plaintiff’s claims that he was not hired for positions at Raytheon due to his age and disability.

Successfully obtained a defense verdict after a four-week jury trial. Plaintiff, a former employee of the Bank, sought damages for sex and age discrimination, emotional distress and wrongful discharge. The jury ruled in favor of Defendant on all claims.

Successfully resolved a class action lawsuit alleging violations of the Telephone Consumer Protection Act (TCPA), based on fans texting messages to the Team during home games.

Obtained dismissal of all putative class action claims alleging violation of California Unruh Civil Rights Act based on claims of age discrimination in connection with Tinder's pricing for the dating app.

Successfully defended Match.com in a case that received national media attention. The Plaintiff sought an injunction requiring Match.com to screen for registered sex offenders. Plaintiff dismissed the suit against Match.com after failing to obtain injunctive relief.

Defended Raytheon in a case seeking damages for age and gender discrimination. Obtained dismissal of case on behalf of Raytheon without plaintiff receiving any compensation.

Successfully defended one of the nation's top 10 largest residential property owners against claims filed by a general contractor seeking in excess of $1 million in allegedly owed fees. After a 2 week arbitration, the arbitrator ruled in favor of Sycamore Senior Apartments on all claims.

Obtained a successful result on behalf of Plaintiff in a multimillion-dollar fraud case against a number of local developers.

Successfully defended the largest housing discrimination case ever brought by the United States Department of Justice. The DOJ alleged claims of race, national origin and familial discrimination in connection with the Defendants' alleged discriminatory rental practices.

Obtained preliminary injunction under the Lanham Act and state law right of publicity on behalf of Barry Diller preventing Defendant from using the name "Barry Diller" or any similar variant that is confusingly similar.

Obtained a permanent injunction under the Lanham Act prohibiting Aero from using that name or any other confusingly similar name.

Prevailed at trial by obtaining a judgment for a Landlord seeking a monetary recovery for damages caused by a commercial tenant who had vacated the premises.

Represented the Los Angeles Clippers in connection with a claim brought by its former head coach for compensation allegedly due under his employment contract.

Successfully obtained dismissal of putative class action for violation of California's Dating Service Act on the grounds that such claims were subject to mandatory arbitration provision contained in the terms of use.

Successfully obtained terminating sanctions on the eve of trial. Plaintiff, a former employee of H&M, sought damages for discrimination based on gender identity.

Successfully resolved an age and race discrimination case on behalf of Raytheon brought by a former employee.

Successfully obtained a judgment for $18 million as well as an injunction prohibiting RMG Technologies from marketing automated devices enabling users to access and navigate through the Ticketmaster website.

In a 24-page opinion, the federal court granted final approval of a nationwide class action alleging false advertising based on claims by consumers who purchased Procera AVH.

Successfully defended a putative consumer class action alleging false advertising on behalf of a class of all purchasers of a product known as Procera AVH. Case was dismissed with prejudice without Defendants paying any consideration or agreeing to any equitable relief.

Successfully defended a housing discrimination lawsuit filed against one of the nation's largest property management firms.

Successfully obtained summary judgment on behalf of Defendant defeating Plaintiff's claims under the Drug Dealer Liability Act (the "Carroll O'Connor Law"). The Court of Appeal affirmed the decision of the trial court.

Successfully defended AMC in connection with a claim for interference with contract.

Successfully prevailed on behalf of Match.com after a three-week arbitration before the AAA where claimant sought damages for breach of a license agreement.

Successfully defended Staples Center and Nederlander Organization from a lawsuit brought by promoters claiming that event tickets were not properly sold for a New Year's Eve concert held at Staples Center.

Successfully defended Alaska Airlines in a lawsuit brought by a former pilot alleging that he was terminated because of his race.

Obtained a defense judgment on behalf of Alaska Airlines in a case alleging wrongful discharge, which was affirmed by the appellate court.

Successfully prosecuted a trade secret and breach of fiduciary duty case against a group of former Activision employees who left Activision during the term of their respective employment contracts.

Successfully prevailed after a two-week arbitration on behalf of Sunworld against claims brought by the company's former CEO who alleged that he was entitled to additional incentive compensation.

Prevailed on a motion to dismiss a putative class action suit claiming that Defendants violated New York consumer protection laws by failing to timely and properly notify consumers of the cancellation of a concert tour.

Successfully defended PacSun against tort claims brought in Ohio by three former female employees after a store manager allegedly set up a video camera in a store restroom.

Trial court and appellate court held that a former union employee's claim for breach of contract was preempted by the Labor Management Relations Act.

Defeated a palimony claim where Plaintiff sought millions of dollars in damages.

Successfully defended Twistbox against claims for license fees allegedly due under a wireless distribution agreement.

Successfully prosecuted action for fraud and declaratory relief and defended against cross-complaint for breach of contract and breach of fiduciary duty in connection with $47 million development in Palm Springs, California.

Successful in obtaining dismissal of action on behalf of Match.com, L.P., against claims of fraud, unfair business practices and false advertising.

Successfully defended one of the nation's largest residential Landlords against tenant's claims that Landlord's late fees were excessive as a matter of law and constituted an unfair business practice under Business & Professions Code § 17200, et seq.

Successfully defended theater chain in defense of action in which the ACLU alleged that two Afghan-American Plaintiffs were removed from the theater by security officers based on their ethnicity.

Defeated class certification on behalf of PacSun in a case involving claims for unpaid overtime, missed meals and rest breaks, and related allegations.

Successfully defended PacSun in a class action for unpaid wages and expense reimbursements.

Successfully defended PacSun in a class action involving claims that the company failed to reimburse its employees for wearing uniforms.

Successfully represented AMC in connection with claims for violations of child labor laws.

Successfully represented Ticketmaster and the individual supervisors sued along with Ticketmaster against this former employee's claims of same-sex sexual harassment, retaliation, negligent hiring/supervision, and infliction of emotional distress.
Add Comment
Your comment was saved successfully!
Thank you for your feedback.