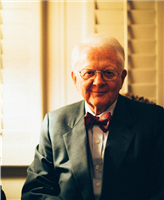 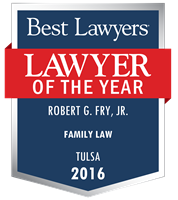 For over 40 years, Robert G ‘Hap’ Fry, Jr., has been practicing law in Tulsa, Oklahoma, devoting 35+ years exclusively to the areas of divorce and child custody litigation in Oklahoma from his offices at Fry & Elder. He received his undergraduate degree from Michigan State University and received his Juris Doctor from The University of Tulsa College of Law in 1967. Upon being graduated from law school, he served as the Chief Public Defender of Tulsa County for two years

Hap was selected as an Outstanding Young Lawyer of Tulsa County in 1971. Mr. Fry’s practice is devoted solely to divorce, child custody, property rights, abuse, sexual molestation and related issues. He is committed to protecting the child’s welfare in all contested cases. Counseling, mediation, and arbitration are available to parties at the inception of each case that can reduce the time and costs of litigation. Fry is a Fellow of the American Academy of Matrimonial Lawyers and a past president of the Oklahoma Chapter. He has been selected as an Oklahoma Super Lawyer and is listed in Best Lawyers in America.

Mr. Fry has been a CLE speaker on cross examining a psychological expert, 1998; divorce fundamentals in 2000 and 2001; examining a custody evaluation report, 2005, 2006. He was featured on CBS The Early Show in a divorce series entitled, “What About the Kids?,” September 14, 2006. Mr. Fry has been featured as an outstanding lawyer in the Oklahoma Super Lawyers Magazine every year since 2007. He also carries an AV Preeminent rating by Martindale-Hubble, which is the highest recognition possible in the legal industry for professionalism and ethics. Partnered with attorneys James R. Elder and M. Shane Henry the firm Fry & Elder brings over 80 years of combined family law trial experience to the practice.

Mr. Fry’s trial philosophy is describe as simply as, “Shoot all the bullets you have and then throw the empty gun at them.” Through many years of excellence in Family Law practice, Fry & Elder have earned the reputation as one of the premier law firms in Oklahoma.

Fry & Elder serve clients in all counties across the state of Oklahoma. 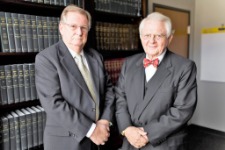 by C.R. Wright and Steven Ferenczy 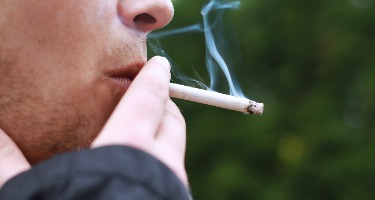 Could a parent's smoking habits determine whether or not they'll gain custody of their children?