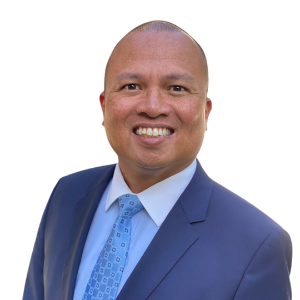 Attorney Rio Guerrero is renowned for over two decades of successfully representing companies, organizations and individuals with complicated U.S. visa, work permit and green card matters. In particular, he is respected for achieving creative solutions for profoundly complex immigration cases. He is dedicated to meticulously analyzing each unique case, designing the best strategy and diligently partnering with his clients to achieve their solutions. He understands that reducing risk and costs to clients is particularly important. Moreover, with over 21 years of success, he knows that ease of communication with his clients, and vigilant monitoring and re-evaluation of cases, is integral to achieving everyone’s goals.

The National Asian Pacific American Bar Association (NAPABA) has presented Attorney Guerrero with the coveted “Best Lawyers” national award. He was selected among distinguished attorneys nationwide for his long and outstanding record of success representing corporate and individual clients in matters involving U.S. immigration law. Also, Attorney Guerrero has received the “Contributions to Excellence” award from the Filipino-American National Historical Society (FANHS), recognizing his national success as a Filipino-American attorney, and his commitment to the preservation and promotion of Filipino-American history and culture.

A distinguished Edward V. Sparer Fellow of Brooklyn Law School, Attorney Guerrero also holds one baccalaureate degree in Economics and a second in International Studies as a Dean’s Scholar of The American University of Washington D.C.

Since 2007, he has taught as an Adjunct Professor of Immigration Law at the City University of New York – School of Professional Studies. He has also taught as a guest lecturer on Corporate Immigration Law at Columbia Law School in New York, and at Rutgers Law School in New Jersey. A sought-after speaker in his field, he frequently lectures at continuing legal education seminars and other pro bono events as well. 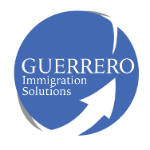