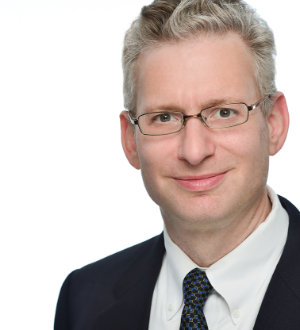 A significant portion of Richard’s practice is dedicated to advising individuals and closely held businesses, as to tax, business and real estate planning and strategies, and he regularly represents clients in negotiating and closing the sale, merger and purchase of businesses ranging in price from $250,000 to over $250,000,000. Richard was substantially involved in the negotiation and preparation of agreements with the Los Angeles Rams to effectuate their move to St. Louis. Richard serves as general counsel for numerous clients.

For many of his clients, Richard provides on-going advice and counsel on day to day operational, business, real estate and tax issues. Richard has received accolades from several organizations. In addition, Richard has served as an Advisory Board Member for the Midwest Region of the Managing Partners Forum. Richard has given numerous seminars on corporate, estate planning and taxation matters.Richard was recognized among The Best Lawyers in America® 2017 (Business Organizations including LLC's and Partnerships) and has received a Martindale-Hubbell® "AV" Rating.

Richard is currently licensed to practice law in Missouri and Alabama, and is a member of the Bar Association of Metropolitan St. Louis, the American Bar Association, as well as the ABA Section on Real Property, Probate and Trust. Richard has been admitted to practice before the United State Tax Court, United States Claims Court, the U.S. District Court of the Northern District of Alabama, and the U.S. District Court for the Middle and Southern Districts of Alabama. Richard served as a Coordinator of the Subcommittee on Valuation Issues Affecting Closing Held Businesses in 1993-1995.