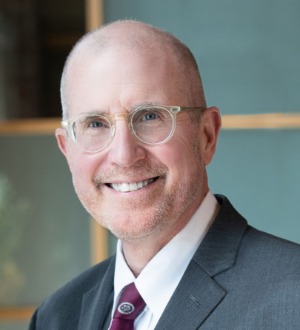 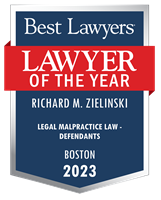 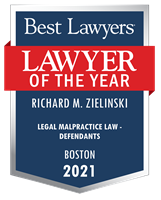 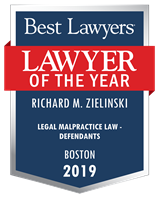 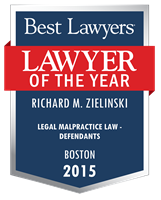 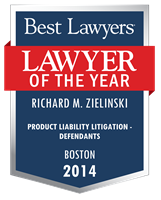 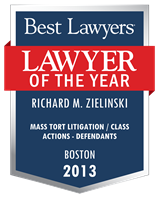 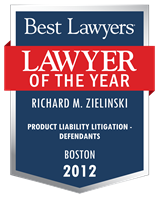 Richard Zielinski, who practices in Boston and New York, is a nationally known ‘bet the company’ trial lawyer who handles a wide range of complex, high-stakes commercial litigation. He is also known for his specific expertise in legal malpractice defense.

According to Chambers USA, Richard is ‘very smart, thorough and knowledgeable. ’ Clients say he is ‘fantastic on his feet’ and ‘thinks seven steps ahead of everyone else.’

He has extensive trial experience in a wide range of business and real estate disputes, having handled cases involving the financing and construction of large office towers, breach of contract, partnership disputes, unfair competition, lender liability and cases under the Massachusetts Consumer Protection Act (Chapter 93A).

Richard is well known for his representation of major law firms throughout the United States in malpractice cases, disciplinary matters and intra-firm disputes. In 2015, 2019, 2021 and 2023 he was named Legal Malpractice Defense Lawyer of the Year by peer-reviewed Best Lawyers in America, recognizing his leading work in legal malpractice defense.

He also defends manufacturers in products liability, mass tort and class action cases, and has been named Lawyer of the Year in these practice areas in the past as well. Representative clients include those from the pharmaceuticals, electrical products and tobacco industries.

Richard is a Fellow in the American College of Trial Lawyers, the highest professional honor a trial lawyer can receive.

79 The Best Lawyers in America® awards

26 Best Lawyers: Ones to Watch in America awards

I defend many of the largest law firms in the country when they get sued in high stakes legal malpractice cases. I also defend lawyers in those firms on bar disciplinary complaints. And I represent large firms in partnership disputes. I also handle all forms of complex commercial and mass tort litigation, such as the opioid cases.

Q: How many cases have you tried to verdict?
A: About 75.

Q: What is your approach to discovery?
A: Take the least amount necessary to prepare for trial and seek admissions that are usable at trial.

I obtained summary judgment for an Amlaw 100 firm in a high status legal malpractice case in Washington, D.C. on the statute of limitation grounds.

My clients are among the most intelligent and sophisticated lawyers imaginable. Also, my adversaries are getting more and more talented and sophisticated, and the stakes are very high. I need to bring my A-Game to every case.

My dear friend and mentor, Dick Renehan (now retired). He was the consummate “Lawyers’ Lawyer.”

• Teaching: I have taught hundreds of litigation and trial practice seminars.
• I help run the National Trial Competition for the American College of Trial Lawyers.
• Playing guitar and singing. I frequently write and perform tribute songs for family, friends and colleagues.

I love trying cases with a passion.