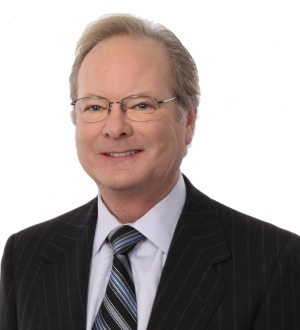 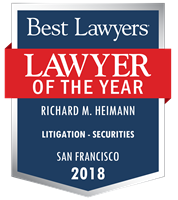 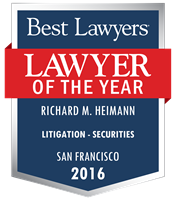 From this foundation, Richard has become one of the nation’s foremost trial attorneys and skilled negotiators, with unparalleled experience in complex securities and investor fraud, antitrust and intellectual property, consumer protection, and personal injury and mass torts cases. In its 2015 inaugural review of the nation’s top trial lawyers, Law360 selected Richard as a “Trial Ace.” Just one of 50 attorneys recognized, Richard is the only trial ace practicing at a law firm that represents solely plaintiffs. Law 360 stated:

"Heimann has left an indelible mark on complex securities and investor fraud, consumer protection, antitrust, personal injury and mass tort cases – all of which he has pursued with zeal, backed up by intense fact-finding."

Richard supervised the firm’s landmark litigation against the tobacco industry on behalf of Massachusetts, California, and several other states. The litigation was resolved in 1998 as part of a record $206 billion master settlement agreement with the state Attorneys General.

"Counsel for the plaintiffs did a very good job in a very tough situation of achieving an excellent recovery for the class here. You were opposed by extremely capable lawyers. It was an uphill battle. … The recovery that was achieved for the class … is remarkable, almost a hundred percent."

For his work in the Wells Fargo case, California Lawyer magazine awarded Richard its prestigious California Lawyer of the Year (CLAY) Award. Richard’s trial performance, U.S. District Court Judge William A. Alsup stated, “ranks as one of the best this judge has seen in 16 years on the bench.”

Richard received a second CLAY award in 2013 for his outstanding success in the LCDs antitrust litigation, which resulted in settlements totaling over $470 million. The California Lawyer observed:

"Heimann and [co-counsel] won a jury verdict last year against Toshiba, even though evidence they brought was circumstantial and the defendant had never been accused of criminal wrongdoing. Their work created a roadmap for large-scale civil prosecution and restore the threat of trial in major antitrust class cases."