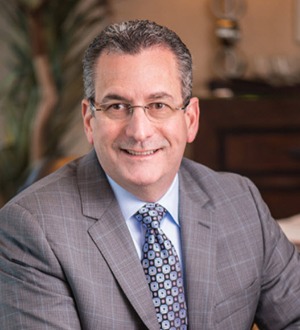 Navigate to map location for Richard B. Schwamm Visit the website for Richard B. Schwamm at http://www.hpslegal.com/attorneys/richard-b-schwamm/
Your comment has been submitted!
We have encountered an error and are unable to process your comment at this time. Please refresh the page and try again later.
Add Comment
In making your comments, please do not refer to a pending legal matter.
Share My Profile
Post on Social

Richard B. Schwamm is a Senior Partner in the Orlando office of Haliczer Pettis & Schwamm. Richard mainly focuses his practice in the areas of medical malpractice, wrongful death, catastrophic brain injury, personal injury, and premises liability. As a seasoned trial attorney, he has held the role of first chair trial lawyer for some of the most complicated legal matters in Florida courts. With nearly 30 years of experience in the practice of law, this long-time legal rights advocate has dedicated his professional life to serving his clients.

Richard joined HPS on the first day it opened for business in 1996, became a partner in 1999 and shareholder in 2001. The firm is currently celebrating its 25th anniversary.

Richard lives in Winter Garden, Florida, with his wife and two children.

As a parent who is actively involved in his children's education and extra-curricular activities, Richard recognized the need to raise awareness of key issues affecting children's safety in the community and to ensure that children have safe places to play and grow. He currently volunteers his time and sits on the Board of Directors of the Children’s Safety Village of Central Florida, a nonprofit organization that serves to educate and advocate for making schools, homes and communities safer for children.