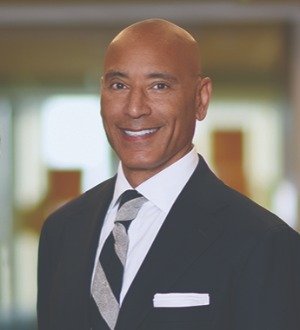 Reuben Cahn is a courtroom advocate of rare experience and ability. A Fellow of the American College of Trial Lawyers, he has tried over 100 cases to jury verdict and has argued twice before the Supreme Court (in 2011 and 2018) in addition to numerous arguments before both the 9th and 11th Circuits. This combination of skill and experience at the highest levels establish Mr. Cahn as one of the most exceptional lawyers of his generation.

Mr. Cahn is a graduate of Stanford University’s English Honors Program and of Yale Law School, where he was an editor of the Yale Law Journal. Following graduation he clerked for the Honorable Lawrence W. Pierce of the United States Court of Appeals for the Second Circuit.

Mr. Cahn began his career in New York at Wachtell, Lipton, Rosen & Katz, and then at Paul, Weiss, Rifkind, Wharton & Garrison, where he worked in securities litigation and international arbitration for a combined four years. Spurred by his desire to be a trial lawyer and to serve the public, Mr. Cahn left corporate litigation to become a public defender, first in the state of Florida and then in the federal courts. There, Mr. Cahn distinguished himself in representing clients charged in matters presenting extraordinary factual and legal challenges ranging from capital murder to securities fraud, and quickly rose to become the Chief Assistant Federal Public Defender for the Southern District of Florida. Recruited to become the Executive Director of Federal Defenders of San Diego, Mr. Cahn continued to try cases and argue appeals while running an office of 140 employees and managing a budget of $26 million. He argued twice before the Supreme Court, served as “learned counsel” in the high profile case of United States v. Loughner, and led a team that obtained the release of two clients held at the Guantanamo Bay Naval Base and charged as enemy combatants.

Mr. Cahn also established himself as a leader in the Federal Defender community, serving for ten years as one of its two representatives to the Judicial Conference of the United States. In recognition of this leadership, the Chief Justice of the United States appointed Mr. Cahn to the Conference’s special committee to review the Criminal Justice Act. He has chaired the Magistrate Judges Selection Committee of the Southern District of Florida and held numerous other positions of distinction and responsibility. Mr. Cahn has also won multiple awards for his advocacy.

Mr. Cahn has defended a wide range of matters, involving tax, public corruption, fraud, money laundering, RICO, Continuing Criminal Enterprise charges and virtually every other type of white collar case. He has been lead counsel in federal capital cases, including one that resulted in complete acquittal and another that ended with a unanimous life verdict. Mr. Cahn has been appointed “counsel learned in the law” by federal judges in over 15 capital trial cases.

At Keller/Anderle Mr. Cahn focuses on commercial litigation, white collar criminal defense, and appeals. He brings to his KA clients the energy and experience honed in countless jury trials, and in arguments before federal appellate courts and the highest court in the land.