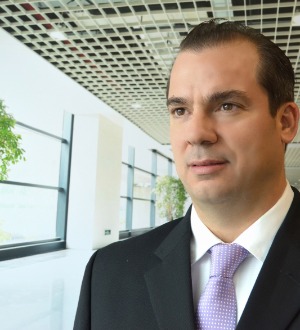 Navigate to map location for Reginaldo Montaño Rodríguez Visit the website for Reginaldo Montaño Rodríguez at https://rmrabogados.com.mx
Your comment has been submitted!
We have encountered an error and are unable to process your comment at this time. Please refresh the page and try again later.
Add Comment
In making your comments, please do not refer to a pending legal matter.
Share My Profile
Post on Social

Attorney at law with 23 years of experience on tax matters on the private and public sector. On the private sector, have been a tax consultant and litigator of domestic and international tax matters.

Reginaldo participates actively on the academic sector in the International Fiscal Association (IFA), Mexican Bar Association (BMA). He also has participated as speaker on numerous forums.

On the public sector (1997-2001), he participated on the development of the Mexican tax policy at the Ministry of Finance.

Currently, he is ranked in Chambers and Partners and Best Lawyers.

1 The Best Lawyers in Mexico™ awards

Our Firm´s expertise goes around tax defense and tax advisory. We do also render some corporate "compliance" services such as preparing agreements, shareholders minutes, any sort of registration before the Mexican Goverment.

We do also provide complentary services (outsourcing) for companies that lack of an administrative structure.