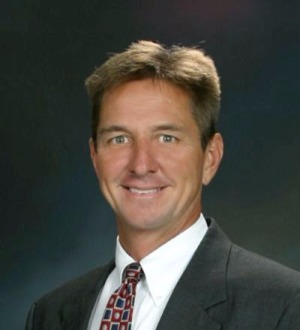 Randy Thompson was born in Paducah, Kentucky, in 1961 and subsequently moved with his family to Clearwater Florida where he graduated from Dunedin High School. He then attended 2 years of junior college at St. Petersburg, Junior College. Randy finished his undergraduate studies by graduating from Florida State University with honors. Three years later Randy was admitted to The Florida Bar after graduating with honors from Florida State University, College of Law. While in law school, Mr. Thompson took part in the “Yugoslav-American Studies Program,” studying in the former Yugoslavia during the summer of 1985.

During the late 1980’s, Randy worked with the Tallahassee-based law firm of Fuller, Johnson & Farrell. Randy worked in the Tallahassee office until 1989 when he helped establish Fuller, Johnson & Farrell’s Pensacola office. While at that law firm, Randy represented insurance companies when their insureds were sued for automobile accidents, product liability, and premises liability.

Randy joined Kerrigan Estess Rankin & McLeod in 1993 and was made partner in 2002. He practices primarily in the areas of tort and general liability law with an emphasis on vehicular and premises liability. He is also involved in the firm’s products liability practice.

Randy is a Board Certified Civil Trial Attorney, a member of the Escambia/Santa Rosa Bar Association, and the Florida Justice Association. In addition to being admitted to practice in all Florida state courts, Mr. Thompson is certified by the United States District Court, Northern District of Florida.

Randy has had several million dollar plus settlements and verdicts.