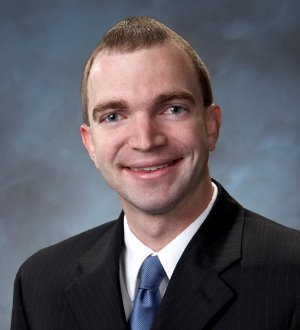 Todd Creer joined Kamer Zucker Abbott in August 2006 and became a partner in November 2014. He represents employers in all facets of labor and employment law and has taken a lead role in guiding clients through revisions of employment policies, responding to multi-employee discrimination charges, and training employees and managers on avoiding harassment and discrimination in the workplace. Todd has litigation experience before Nevada's state and federal courts, including successfully defending a Nevada employer in a complex multi-employee action filed by the U.S. Equal Employment Opportunity Commission. Additionally, he has garnered experience in labor negotiations and arbitrations and before the Nevada Equal Rights Commission, the National Labor Relations Board, the Nevada Division of Industrial Relations Appeals Division, and the Nevada Labor Commissioner.

Todd has been recognized as a Rising Star in the 2010-2015 editions of the Mountain States Super Lawyer Magazine. He is the co-author of The Ever-Evolving Claim of Sexual Harassment, Communique (March 2007).

In law school, Todd served as a Managing Editor for Cornell's Legal Information Institute (LII) and as an Honors Fellow for the Lawyering Program. He was also an active member of the J. Reuben Clark Law Society. During his law school summers, Todd clerked for the United States Attorney, Civil Division in San Diego, California and the Legal Aid Society of Hawaii in Honolulu, Hawaii.

Prior to going to law school, Todd was an active participant on Weber State University's mock trial team, achieving both individual and team distinctions in regional and national competitions. He graduated as the University's Social Sciences Outstanding Graduate and was awarded the Political Science Highest Scholastic Achievement.