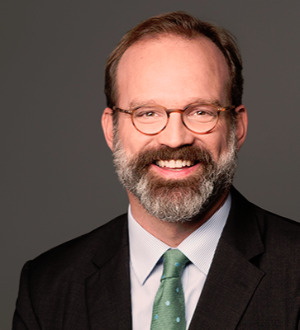 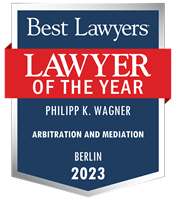 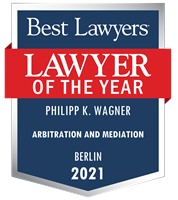 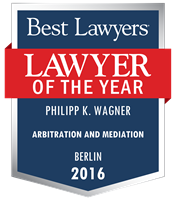 Philipp is a German Attorney based in Berlin and admitted to the New York Bar. Prior to setting up WAGNER Arbitration, he worked in a medium sized German law firm, for many years as partner. He specializes in dispute resolution with a focus on arbitration and has extensive experience in cross-border disputes and business transactions. He holds an LL.M. degree from Emory Law School Atlanta and a doctorate degree from Rostock University.

Universities of Regensburg and Berlin Humboldt (Law Degree / J.D. equivalent), Emory Law School (LL.M. 2002) and Rostock (Dr. iur. 2008 in the field of international arbitration); clerk and trainee advocate in Berlin and with a leading arbitration practitioner in Paris; licensed mediator (since 2015).

Dispute resolution with a focus on arbitration as party counsel, arbitrator and mediator; transaction counseling in the field of domestic and cross-border business law, especially commercial and corporate law as well as real estate law.

Other activities and publications

Born 1975 in Munich · raised in Germany, France and the USA.

2 The Best Lawyers in Germany™ awards