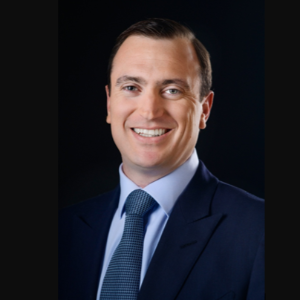 Mr. Erwin is a Partner of Campbell & Williams and has been a member of the bar for over ten years. Mr. Erwin’s practice focuses on complex commercial disputes involving litigation over claims for breach of contract, breach of fiduciary duty, fraud and fraudulent transfers, and numerous other issues. Mr. Erwin has likewise litigated catastrophic personal injury and wrongful death cases while also developing an emphasis on appellate practice. See, e.g., The Power Co., Inc. v. Henry, 130 Nev. 182, 321 P.3d 858 (2014) (affirming entry of $9 million judgment and establishing new legal precedent regarding the application of NRCP 41); Gardner of Behalf of L.G. v. Eighth Judicial Dist. Court, 133 Nev. 730, 405 P.3d 651 (2017) (finding that limited liability company members can be sued individually for personally participating in tortious acts and that alter ego doctrine applies to limited liability companies); Gardner v. R&O Constr. Co., 443 P.3d 549 (Nev. June 26, 2019) (finding that reverse veil-piercing claim may be pleaded prior to entry of judgment and that such a claim is not barred by the lack of stock ownership); Las Vegas Metro. Police Dep’t v. The Center for Investigative Reporting, Inc., 136 Nev. Adv. Op. 15 (2020) (deciding as a matter of first impression that requester was entitled to attorney’s fees under Nevada’s Public Records Act pursuant to “catalyst theory”).

Since joining the firm in 2009, Mr. Erwin has drafted countless legal briefs (including obtaining multiple judgments in excess of $1 million and numerous dismissals by way of summary judgment), taken and defended depositions, handled a variety of motion and evidentiary hearings, and conducted various trials, arbitrations and appellate proceedings. Mr. Erwin has also appeared as an expert witness on the subject of Nevada contract law in foreign proceedings involving the sport of professional boxing. Mr. Erwin is an “AV Preeminent” rated lawyer by Martindale-Hubbell and for the last seven years has been included as a “Rising Star” in Super Lawyers as well as one of Nevada’s “Legal Elite” in Nevada Business Magazine. Mr. Erwin has also been recognized by Best Lawyers in the area of commercial litigation.