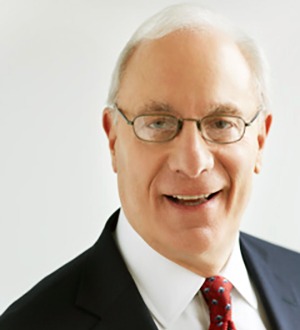 "When I step before a jury to deliver an opening statement on behalf of my client, no one in that courtroom is more prepared, knowledgeable, dedicated or enthusiastic about the case than I am. I believe that every client deserves the best possible presentation of his case, which means that I must have complete knowledge of the factual and technical details of the case combined with the most qualified experts for that case. I am proud that during a medical malpractice trial in New York State Supreme Court, the trial Judge remarked that my cross-examination of the defendant doctor was a textbook example of how to cross-examine a medical expert. This was accomplished with the same hard work and tireless preparation I bring to every case."

Phil is responsible for all the trials in our office, overseeing each of the trial attorneys and participating in the strategy and preparation of every trial. This approach ensures that each case receives the firm’s utmost attention and effort. Every client is entitled to nothing less.

Phil has tried every type of civil case including medical malpractice, products liability, construction accidents, premises liability, police brutality and automobile cases. He has been recognized by his peers as a Super Lawyer every year since 2007, an honor which represents true recognition of accomplishment in the field by one's peers. In 2014, he was inducted into the N.Y. Law Journal/ ALM Medical Malpractice Hall of Fame. This recognition was due to his obtaining 3 of the top 25 highest verdicts/settlements in medical malpractice cases in the past 5 years in NY State. Only 17 firms were recognized and only one other attorney had 3 cases within the top 25.

Phil's $6,125,000 verdict in Hawaii in a medical malpractice case was the largest jury verdict ever in a personal injury trial in that state at the time, and his $6,200,000 verdict in a Putnam County medical malpractice case is still the largest jury verdict ever in that county. He brings his wealth of experience and ability to every client he represents.

Phil was an Assistant District Attorney in New York County under Frank Hogan and Robert Morgenthau until 1980. When he left, he was Chief of a Supreme Court Trial Bureau, where he supervised and taught trial advocacy to thirty assistant district attorneys who were responsible for trying some of the most serious crimes in the city. Since that time he has been in private practice, concentrating on representing individuals injured by negligent conduct.

Phil is on the Executive Committee and Board of Directors of the New York State Trial Lawyers Association. He also serves as a Dean of the N.Y. State Trial Lawyers Institute where he teaches trial practice. He is a member of the New York State Bar Association, and is a sustaining member of the American Association for Justice. He lectures on trial practice, has the highest rating of AV by Martindale Hubbell, is featured in Who's Who in American Law and is recognized by the Million Dollar Advocates Forum.