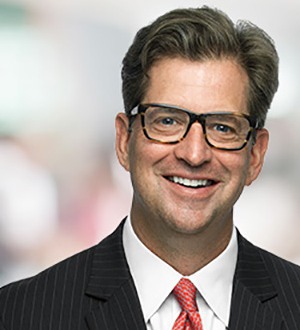 Peter Mougey is a shareholder and the Chair of Levin Papantonio’s Securities and Business Litigation department. He concentrates his practice in the areas of complex litigation, financial services, and securities litigation, and whistleblower or qui tam litigation. Mr. Mougey has been recognized as one of Florida’s top 100 trial lawyers and a Florida Super Lawyer and has dedicated his career to championing individuals’ rights against the world’s largest companies.

His peers have rated him AV Preeminent, the highest possible rating. Mr. Mougey has represented over 1,500 state, municipal, and institutional entities, as well as tribal sovereign nations, in litigation and arbitration around the globe. In addition, he has represented more than 3,000 individual fraud victims in state and federal court and arbitrations.

Most recently, in the National Prescription Opiate Litigation MDL, Mr. Mougey was selected to serve as Co-Lead of the Distributor case and serves on the Plaintiff’s Executive Committee in what has been called “the largest and most complex case in the history of jurisprudence” by the Washington Post. He also was recently credited as one of the key negotiators in the $26 billion settlement with opioid manufacturer Johnson & Johnson (J&J) and the “Big Three” drug distributors AmerisourceBergen, Cardinal Health, and McKesson.

Mr. Mougey advocates for the rights of investors as both the past President and member of the Board of Directors of the national securities bar, PIABA. He has also served as Chairman of the NASAA Committee, Executive Committee and FINRA’s Improving Arbitration Task Force. Currently, Mr. Mougey serves on the PIABA Foundation charged with educating investors in conjunction with the SEC. In recognition of his long-term and sustained dedication to promote the interests of investors, he received the PIABA Lifetime Distinguished Service Award from his peers.

In addition to his law practice, Mr. Mougey is active with several charities and his local community. He served as President for the “The Arc” (the largest national community-based organization advocating for people with intellectual and developmental disabilities) and as Chairman of several Arc committees. He was given The Arc President’s Award as Volunteer of the Year. He has served on the Board of Directors for his church, on the Cabinet for the United Way, and as a Junior Achievement instructor in economic business simulation.