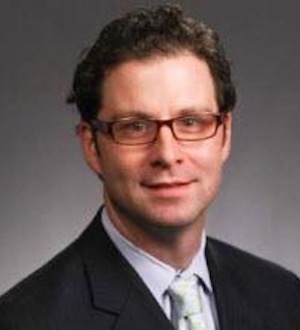 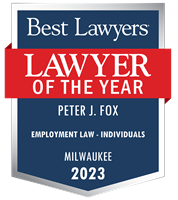 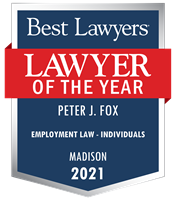 As the Wisconsin Law Journal put it Peter Fox "Champions the Underdog." Not all of Mr. Fox's clients are "underdogs," but most of them have been wronged in some way that requires a legal intervention. Whether through private settlements or public trials, Mr. Fox has consistently obtained substantial jury verdicts, money awards and other favorable rulings for his clients. He has tried cases before judges and juries in state and federal courts and also before various administrative and other agencies, and has successfully argued cases before state and federal appeals courts. His cases involve Employment Discrimination and Retaliation, Equal Pay, Civil Rights and Constitutional issues, Sexual Harrassment, Whistleblower Protection, Wrongful Termination, Contracts, Insurance Bad Faith, Personal Injury, False Claims Act retaliation, and Business disputes.

In 2013, Mr. Fox was named a recipient of the Wisconsin Law Journal's prestigious "Leaders in the Law." He is also a Fellow of the Wisconsin Law Foundation and a Super Lawyer (recognized by Wisconsin Super Lawyers) in the area of Plaintiff Employment Litigation for the years 2013-2017. He was rated as one of the nation's top employment lawyers in 2012 by eBossWatch and has annually been selected by Milwaukee's M Magazine as a Leading Lawyer in representing employees. He has represented individuals in cases that have resulted in published decisions involving issues of Equal Pay, Health Care Worker Retaliation, Wisconsin Whistleblower Protection, and others. 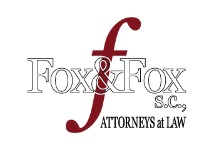 "Peter represented me in a fairly complex breach of contract case. I always felt informed through the process. I had never been involved in a lawsuit before, so to be a plaintiff in a federal case was stressful. Peter delivered a successful outcome in my case, and I am forever grateful for his help in putting a challenging situation with a potential employer behind me."