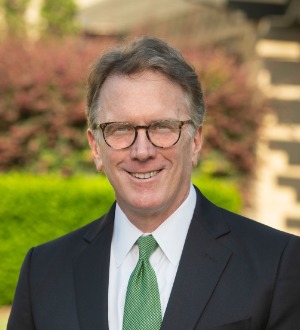 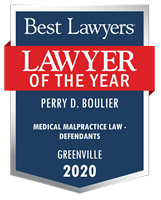 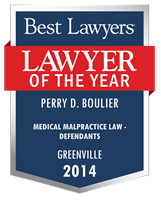 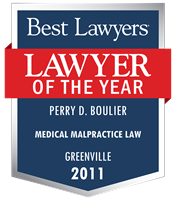 Perry Boulier grew up in Spartanburg, South Carolina. After graduating from Wofford College in 1984 and the University of South Carolina School of Law in 1987, he began his career as a litigator.

During the course of his career, Perry has tried civil cases of almost every variety in state and federal district courts across South Carolina. For his work in the courtroom, he has been recognized as a Fellow of the American College of Trial Lawyers, a member of the American Board of Trial Advocates, and a Fellow of the Litigation Counsel of America. Perry has been listed in both Best Lawyers in America and Super Lawyers on numerous occasions. Perry's litigation practice also has allowed him to handle numerous appeals before appellate courts which have resulted in a number of published opinions.

In addition to his work within the healthcare field, Perry also maintains an active commercial litigation practice and has handled and tried numerous business litigation cases to verdict. The scope of his experience and practice encompasses nearly all aspects of civil litigation.