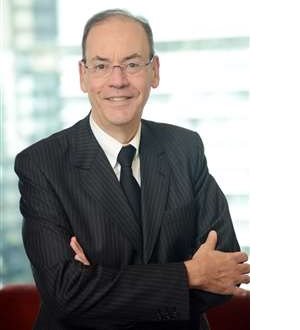 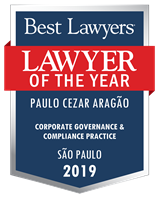 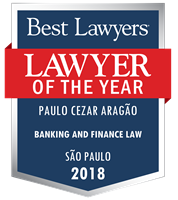 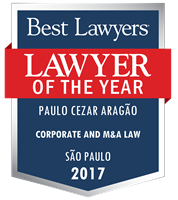 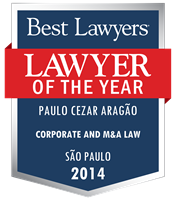 Paulo Cezar Aragão is one of the founders of BMA and his practice is focused on Corporate Law, Mergers and Acquisitions, Capital Markets, Commercial Arbitrage and international transactions.

Paulo is considered a "star individual" by a specialized publication in the Corporate Law arena and participated in some of the largest mergers and acquisitions transactions in Latin America. Its clientele includes large national and international companies from various sectors of the economy, such as energy, education, food and beverage, mining, pharmaceutical among others.

Paulo was the legal superintendent of the Securities and Exchange Commission (1978-81). Managing Director and General Counsel of GP Investimentos (1994-1997), one of the largest companies of private equity in Brazil.

He was also legal superintendent and director of the American Chamber of Commerce, and is former Director of the Brazilian Lawyers Institute. Paulo is also a member of the Brazilian Association of Financial Law - ABDF ( affiliated with Fiscal International Associatio n - IFA). Member of Advisory Capital Market Committee International Accounting Standards Board (IASB). Member of the Arbitration Corps of the Mediation and Arbitration Center of the Portuguese Chamber of Commerce in Brazil, Fundação Getúlio Vargas and CAMARB - Brazilian Chamber of Arbitration.

Paulo is often indicated in the Corporate, M & A and Capital Markets sections of Chambers Latin America, Chambers Global, Latin Lawyer, IFLR 1000, Who's Who Legal, Legal 500 and Best Lawyers, of which he is a member of the Adivsory Board. He was the only professional named in the area in the last 5 years as a "single star" by both Chambers Global and Chambers Latin America. In addition, he was recognized by LACCA Approved ( The Latin American Corporate Counsel Association ) as one of the leaders in Corporate / Mergers and Acquisitions in Brazil in 2014.

43 The Best Lawyers in Brazil™ awards

Recognized in The Best Lawyers in Brazil™ 2022 for work in: