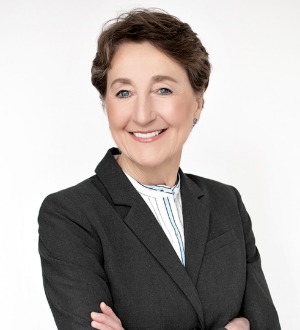 Navigate to map location for Paula S. Dierenfeld Visit the website for Paula S. Dierenfeld at https://www.nyemaster.com/attorneys/paula-s-dierenfeld/
Your comment has been submitted!
We have encountered an error and are unable to process your comment at this time. Please refresh the page and try again later.
Add Comment
In making your comments, please do not refer to a pending legal matter.
Share My Profile
Post on Social

Paula Dierenfeld is a member of the Governmental Affairs Department at Nyemaster Goode. Paula’s practice is concentrated in the areas of legislative representation, administrative law, and public utilities law.

Prior to joining the firm, Paula served for over 15 years in various positions in federal and state government. Paula has held positions as Staff Assistant to U.S. Senator Charles E. Grassley, Research Staff Director in the Iowa General Assembly, Legal Counsel to Iowa Governor Terry E. Branstad, and Member of the Iowa Utilities Board.

In addition to providing legislative representation for the Federation of Iowa Insurers, Paula also is currently serving as the organization’s Executive Director. Paula served two terms on the Johnston City Council and is currently in her second term as Johnston's mayor.

Paula received her B.A. degree from the University of Northern Iowa in 1981 and her J.D. from Drake University in 1984.