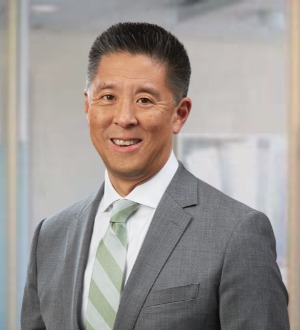 Bird, Marella, Boxer, Wolpert, Nessim, Drooks, Lincenberg & Rhow, P.C.
"Paul Chan is an outstanding intellect with great courtroom and mediation presence. These are the places things get done and these are the places he does his best work. "

Paul S. Chan is the managing principal of Bird Marella. His practice focuses on the trial and arbitration of complex business disputes, including commercial fraud, class action, securities, and intellectual property litigation.

Paul has extensive trial experience. In over 25 years of practice, he has successfully tried numerous jury trials, bench trials, and binding arbitrations before both commercial and securities arbitration tribunals. He has been recognized as the “Trial Lawyer of the Year” by the Century City Bar Association, one of the “500 Leading Lawyers in America” by Lawdragon, the “Lawyer of the Year: Securities” in Los Angeles by “Best Lawyers in America,” a “Southern California Super Lawyer” by Los Angeles Magazine, and (previously) one of the “Best Lawyers Under 40” by the National Asian Pacific American Bar Association. He is also the former President of the Southern California Chinese Lawyers Association; the Chair of the Board of Directors of Asian Americans Advancing Justice; and has repeatedly been named among the “Most Influential Minority Attorneys” by the Los Angeles Business Journal.