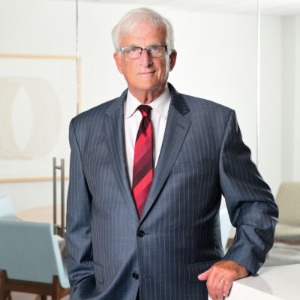 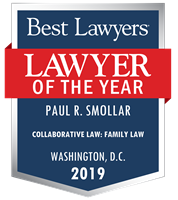 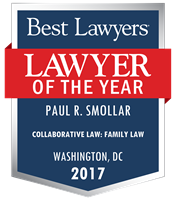 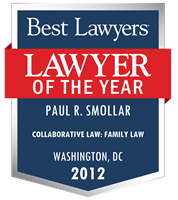 Paul Smollar has been practicing family law for more than forty years, and has become a leader in Collaborative Practice in the Washington Metropolitan Area. Recognized as the only trained mediator in the District of Columbia by the American Academy of Matrimonial Lawyers, Mr. Smollar nevertheless is an accomplished litigator when matters do not settle.

Mr. Smollar is also a fellow of the American Academy of Matrimonial Lawyers (AAML). During 2004 and 2005, he served as the President of the D.C. Chapter of the AAML. He has served as a member of the Virginia State Bar Legislative Committee and was the co-chair of the ADR-Case Evaluator of the Family Law Action Group. Mr. Smollar presently serves as an Alternative Dispute Facilitator for the Superior Court of the District of Columbia’s Alternate Dispute Resolution (ADR) program.

Mr. Smollar has completed the American Academy of Matrimonial Lawyers’ Arbitration Program and Mediation Program. He is a trained arbitrator and enjoys an active mediation practice. He lectures on family law matters for continuing legal education programs in D.C. and Virginia, including: “Divorce Taxation” (D.C.), “How to Trace and Make it Interesting” (VA), “Valuations of Closely-Held Businesses” (VA), and “Family Law Around the Beltway” (D.C.). Mr. Smollar has been a panelist on television discussing the role and value of separation and property settlement agreements.