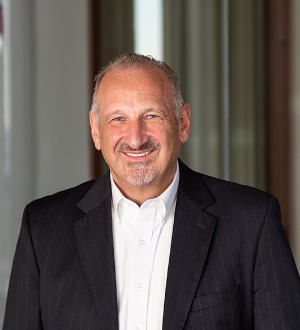 Paul's real estate practice involves all aspects of real estate work, including acquisition, leasing, permitting, and financing work. He represents several active and substantial real estate developers, and handles transactions in many parts of the country. He appears before municipal boards and state agencies as well as before all levels of the Massachusetts state court system.

Obtained a jury verdict worth approximately $6 million for a NYSE-listed company after a three-week trial in Delaware Superior Court in a breach of contract action arising out of defendant's failure to honor an environmental indemnification.

Obtained summary judgment in Superior Court against abutters challenged zoning approval of the rebuilding of a gasoline station, including construction of a convenience store and replacement of pumps and storage tanks. This case was important in clarifying the law on the issue of standing, which is pivotal in many zoning cases.

Represented buyer in a $100 million deal involving the purchase of 28 acres of vacant land and financing of a 400,000 square foot retail/office development in Gilbert, Arizona.

Represented buyer in a $55 million deal involving the purchase of 45 acres of vacant land in Phoenix, Arizona that will be developed in multiple phases and for multiple uses.

Represented sellers and buyers in many real estate transactions, including the sale of a three office building portfolio for $45 million, and the purchase of over $31 million of replacement properties regarding Section 1031 exchanges.

Represented the buyer in the purchase of a 136-unit apartment complex.

Handled a financing workout involving $84 million of debt with properties in California, Nevada and Massachusetts.

Represented Fortune 100 companies in several Region I Superfund sites, including Charles George, Palmer, and SRSNE in which the companies were potentially performing parties.

Handled 21E Compliance for sites in Middleboro, Worcester, and other Massachusetts communities.

Represented businesses responding to civil penalty orders of the EPA and MADEP.

Suing the Scoundrels! Civil Actions Against Municipal Officials for Denial of Permits or Approvals

Suing the Scoundrels! Civil Actions Against Municipal Officials for Denial of Permits or Approvals